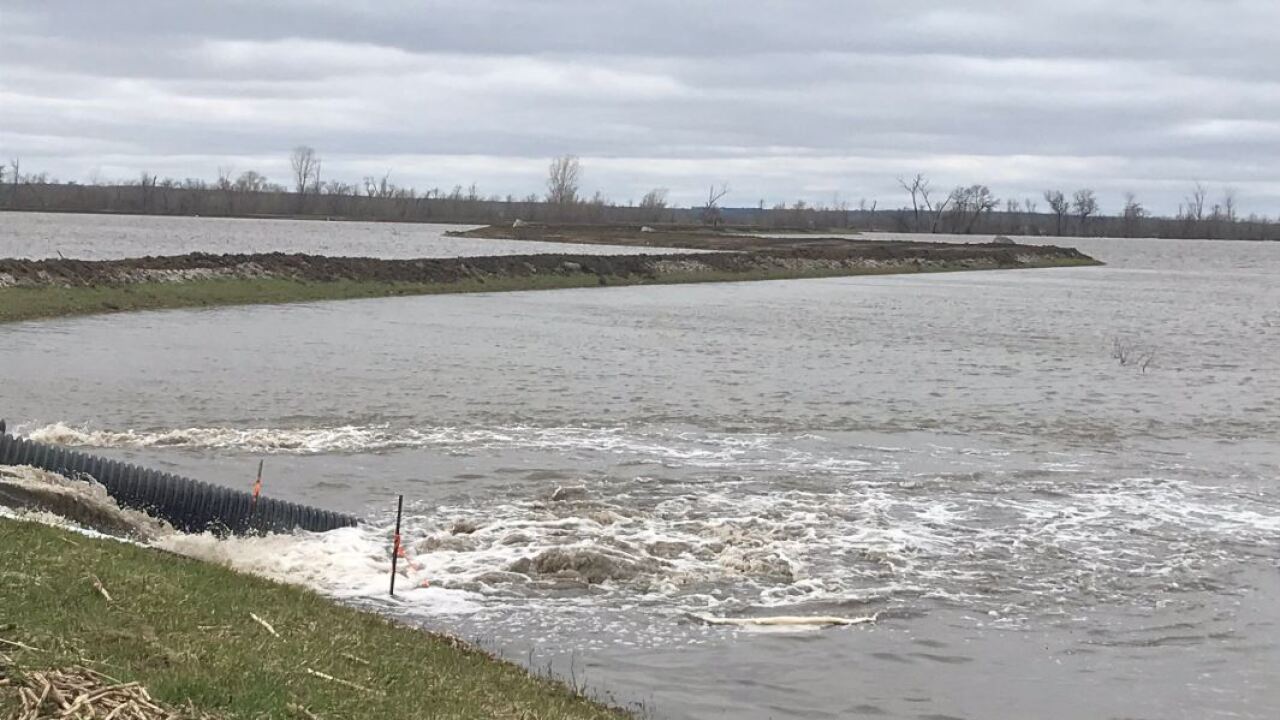 OMAHA, Neb. (KMTV) — The Omaha District of the U.S. Army Corps of Engineers awarded a $7.5 million contract for breach repair along the Missouri River.

Specifically, repairs will start at Levee Unit L-575 near Percival, Iowa. The purpose of the repair is to provide temporary flood protection at the breached area of the levee, protecting critical infrastructure in the area.

The contract was awarded to Western Contracting Corporation of Sioux City, Iowa, a press release from the U.S. Army Corps of Engineers (Omaha District) says.

This particular stretch of levee has suffered substantial damage during this year's flooding.

“This award is the first of a series of initial breach closure projects to reduce the risk of further flooding of critical infrastructure, such as I-29 in Iowa,” said Bret Budd, Chief of Omaha District Systems Restoration Team.

Another breach closure project, also along L-575, is out for proposal with repair awards expected next week. This is followed closely by awards on L611-614 and L601, which are subject to available funds and levee sponsors securing real estate and materials.

Along with these immediate actions, the Omaha District has started to plan the permanent levee repairs, which would bring the levees damaged by the March flood to the same level of authorized flood risk reduction that the systems had before flooding began.

According to the press release, the Corps of Engineers expects the majority of breach repair fill material will be dredged from the Missouri River.

Work is expected to take sixty calendar days after Notice-to-Proceed.

This year's flood set record levels for 45 river gauges, including five along the Missouri River.

Sixteen federal levees were overtopped and breached throughout the flooding.