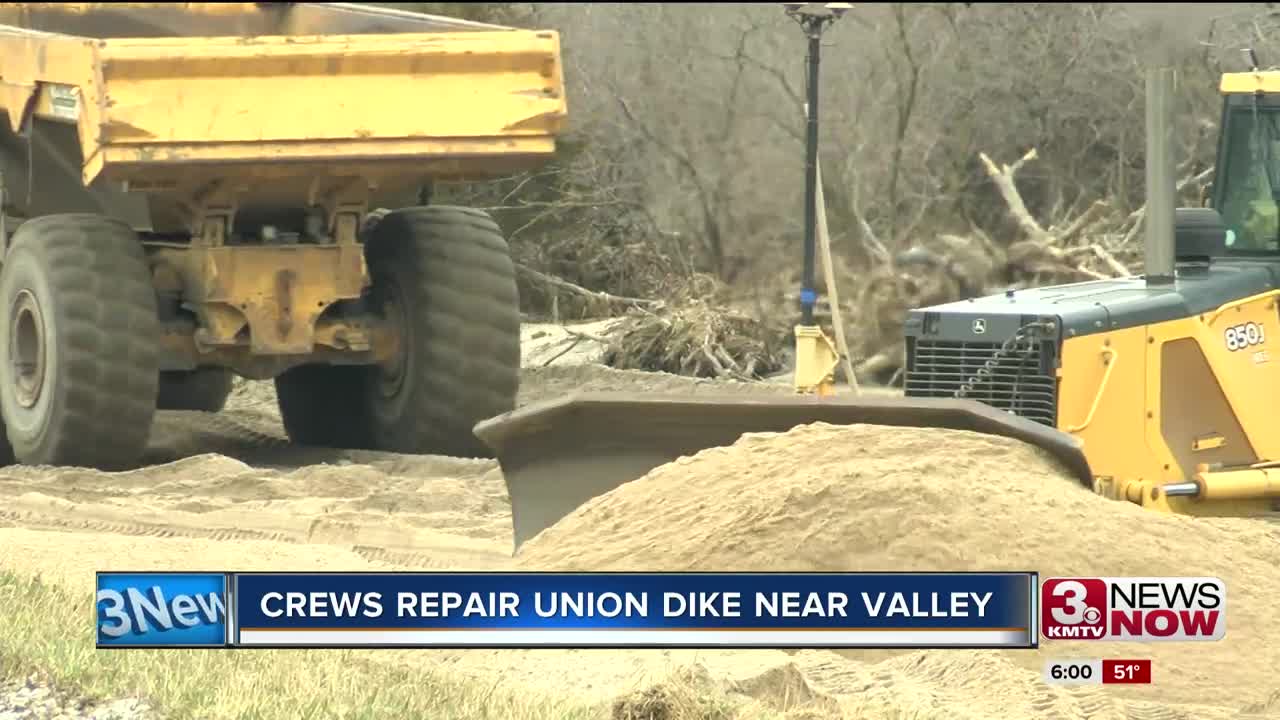 Crews are working hard to put a stop to any further damage.

Load by load....the sand fortifies the barrier between the Platte River....and flooding the city of Valley.

The U.S. Army Corps of Engineers and the Papio Natural Resources Department (NRD) work to fix the large breach in the Union Dike.

Ten days ago...high and fast moving waters eroded the dike about seven and a half miles north of Valley.

It's since been repaired so no more water is getting through.

“All these breaches are very important to get fixed because if we don't fix the breaches every time we get a high water event it's just going to continue to flood. So that's our main priority now is to get all those breaches fixed. I know the corps has a bunch of them too."

The Papio NRD says...they also have a breach near Offutt and Highway 34.

Mel Adams and his brother are cleaning up their mother's home in Valley. Water rose quickly in the basement but they say luckily it didn't reach the main level.

“The power of water is just unbelievable what it can do to things."

They've seen how the Platte can flood in the 70's and are glad to hear about the progress on the dike.

"I'm seeing truck after truck go by here on the Union Dike and they did a really good job last time. If the Platte River is going to go out it's going to go out you're not going to stop it which obviously is what has happened before. But they’re working on it they'll get it put back together again."

They anticipate continuing to fix the dike at least this week and maybe into next week.

Also precipitation is a concern throughout the weekend.