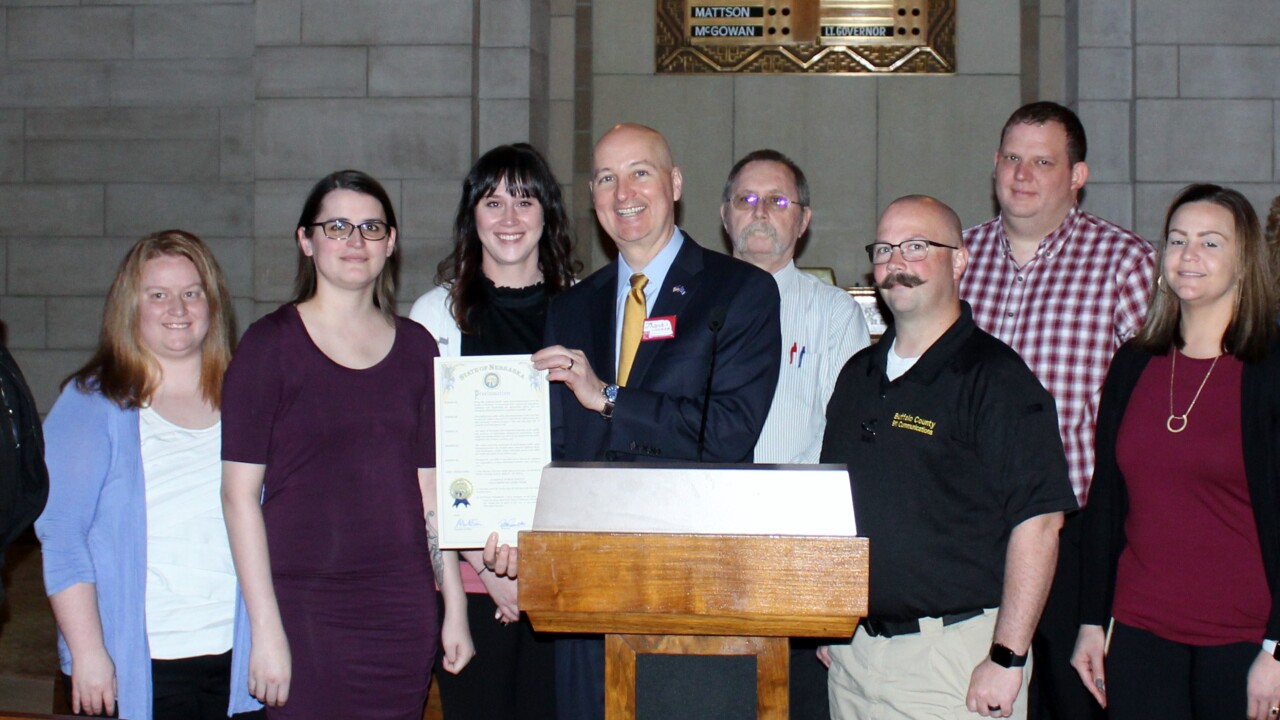 OMAHA, Neb. (KMTV) — Today, public safety telecommunicators/dispatchers joined Governor Pete Ricketts and public-safety oriented groups to recognize the public service that dispatchers provide in the state during disasters and on a daily basis.

"Often referred to as unsung heroes, always heard, but rarely seen, public safety telecommunicators/dispatchers are the initial point of contact for both the public and first responders during an emergency."

The week of April 14-20 celebrates these "unsung heroes" with National Public Safety Telecommunicators week which was established in 1981.