Do. County takes two into custody for felony theft charges 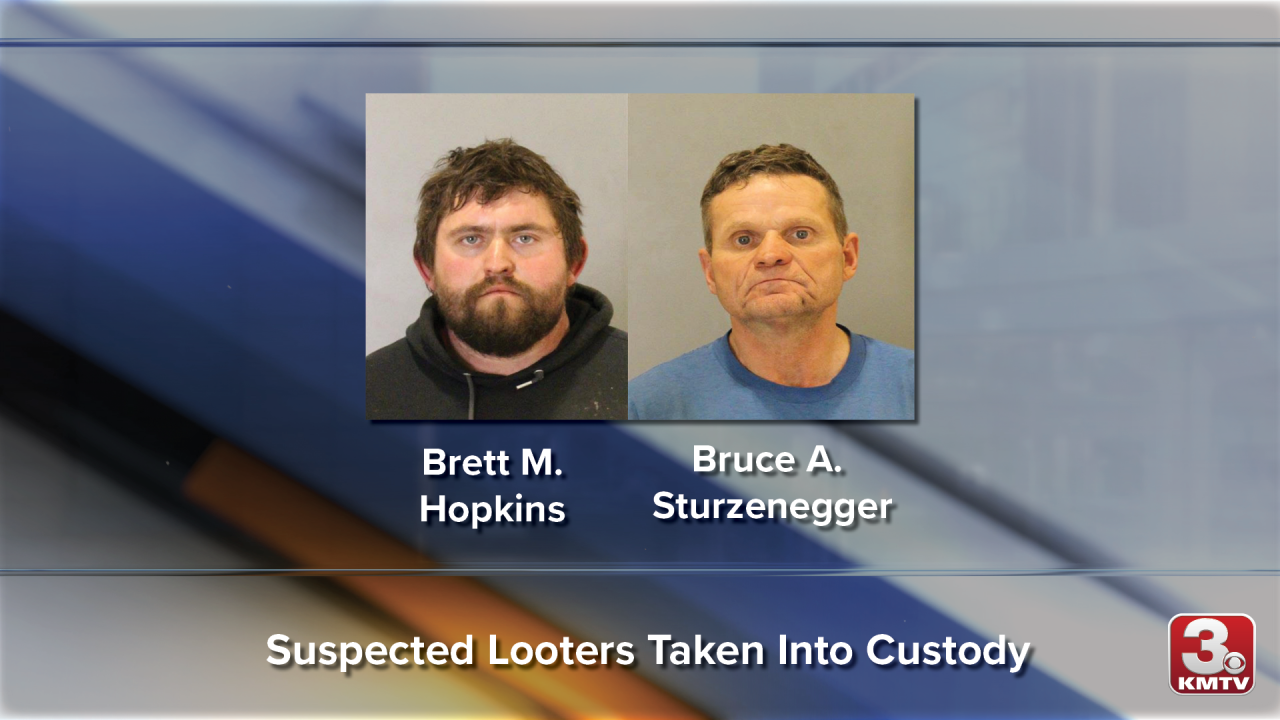 Bruce Sturzenegger and Brett Hopkins were both lodged into the Douglas County Department of Corrections for the alleged theft of two roof trusses that another man claims, belong to him.

The man said he knew the location of the items but had been unable to retrieve them and came to the scene when a neighbor gave him a call about the pair.

When deputies arrived on the scene, Sturzenegger and Hopkins were being detained by Korinek and two other men.

The DCSO says the suspect's vehicle, a tractor used in the incident, a pair of bolt cutters, five ipads/phones, eight power tools and other items were recovered at the scene.