FEMA highlights Beatrice for mitigation ahead of floods 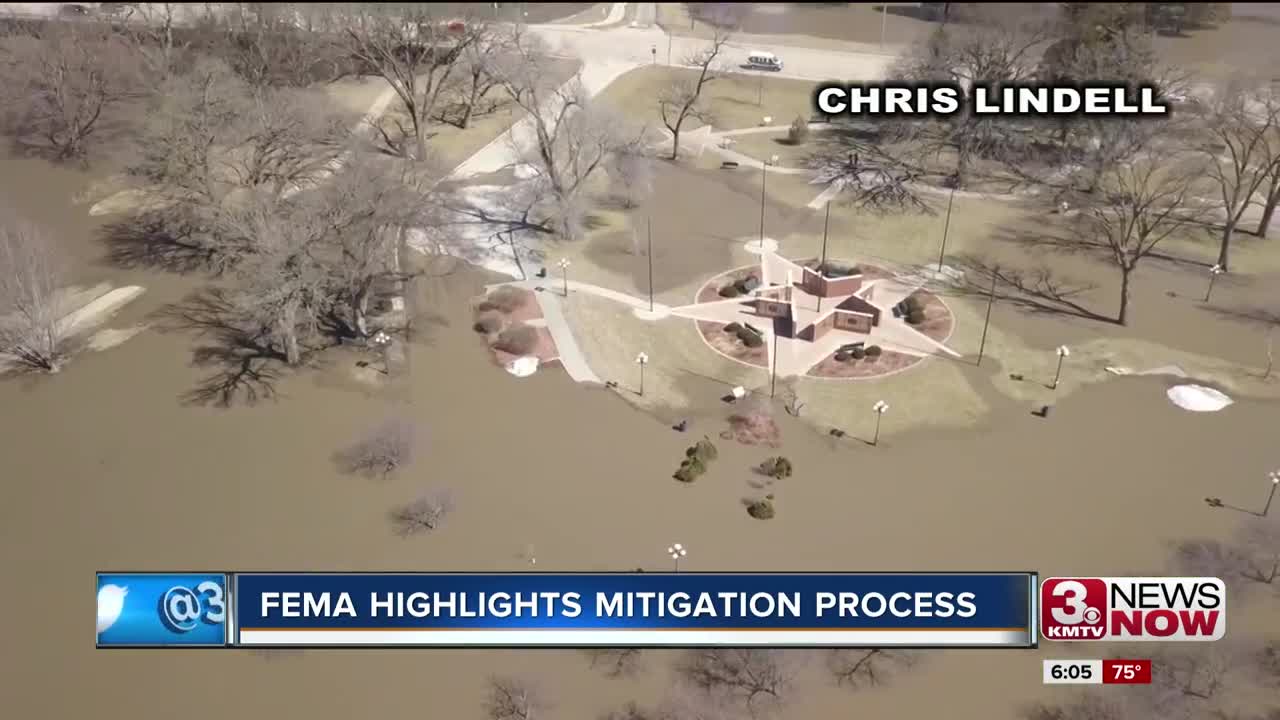 The agency is highlighting the success of one city that took steps to lessen the impact of disasters like the recent flood. Drone video in Beatrice shows flooding from mid March. Video shows almost no homes were underwater.

That's because of mitigation--a process the city of Beatrice and FEMA used to buy out and re-house property owners prone to flooding.

"It's been a process going on the city for over 40 years," city manager Tobias Tempelemyer said. "It's hard to remember years ago when there were houses here, and if we hadn't taken those actions those people would have been underwater and lost their lives or possessions."

A few weeks ago a veteran's memorial was partially underwater. Today, it's dry. FEMA deputy administrator Daniel Kaniewski can tour and appreciate the area of Beatrice that mitigation was able to save. Not to mention millions of dollars.

Officials say 60 homes would have been flooded in this area.

"Just here in Beatrice, over $5 million were avoided in losses in just this recent disaster," Daniel Kaniewski said. " Beatrice certainly stands as an example for other communities in Nebraska and across the nation as they look to invest in mitigation dollars to take action now before disaster strikes."

Another success story are area baseball fields that used to be a neighborhood years ago. Now that flooding has subsided, students from Lincoln and Stoddard elementary schools can clean debris left behind when it was flooded.

"I think it's a real success story in Beatrice that I'd love to have repeated across the nation," Kaniewski said.

Mitigation was likely a tough choice for former homeowners in Beatrice, but disaster was avoided.

"Because of the actions the city and FEMA have taken together, now you don't have those damages."