Flood 'turning into a bit of a marathon' in Mills County 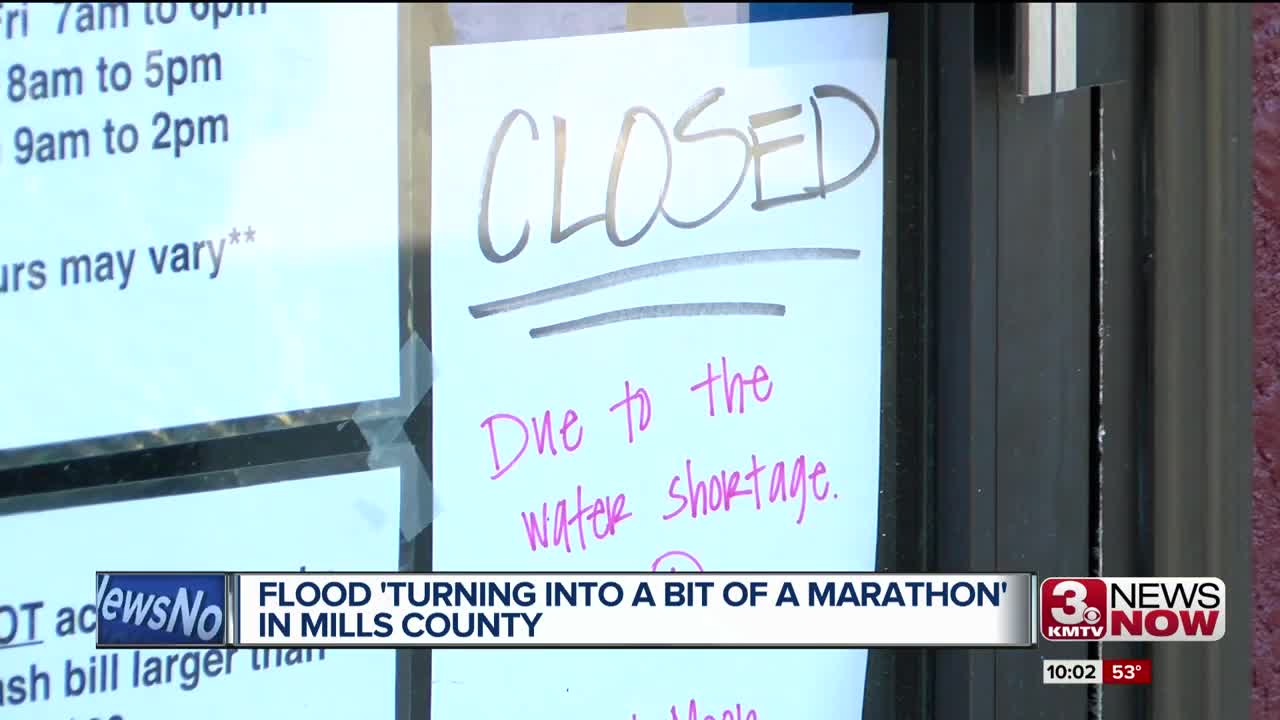 While much of Nebraska is in the recovery stage from the flood, parts of Mills County is still under-water.

GLENWOOD, IOWA (KMTV) — For most of Nebraska and Iowa hit by the flood, they've moved on to the clean-up stage, but here in Mills County the water hasn't gone away.

The town of Pacific Junction is still underwater and officials have no idea when residents will be let back to pick up the pieces and next door in Glenwood, they're still boiling and conserving water and will be for a while.

Bowen says Glenwood residents aren't using dishwashers or washing their cars. They're doing everything they can to keep their water tower as full as possible.

"Being very conservative, short showers, laundry, they're recommending, complete, full loads only and doing it outside the area if you can,” says Bowen.

Businesses are also feeling a pinch.

Several businesses in downtown Glenwood have completely shut-down until the boil notice is over.

While Glenwood residents conserve water, people in Pacific Junction don't know what to do.

"We have a large number of families that are just waiting and that waiting process is very painful,” says Bowen.

Residents of the small Iowa town are scattered across the area, but their neighbors in Glenwood have been quick to help.

John Pitzer cleared his own stuff out of his storage facility to make room for supplies that are being filtered in and out every day to places like a relief site in downtown Glenwood, where flood victims can grab anything they want.

One community coming together to help their neighbor, when they need it the most.

"I've never been prouder of community than I am today,” says Bowen.