Flood victims deal with man-caused tragedy after the surge 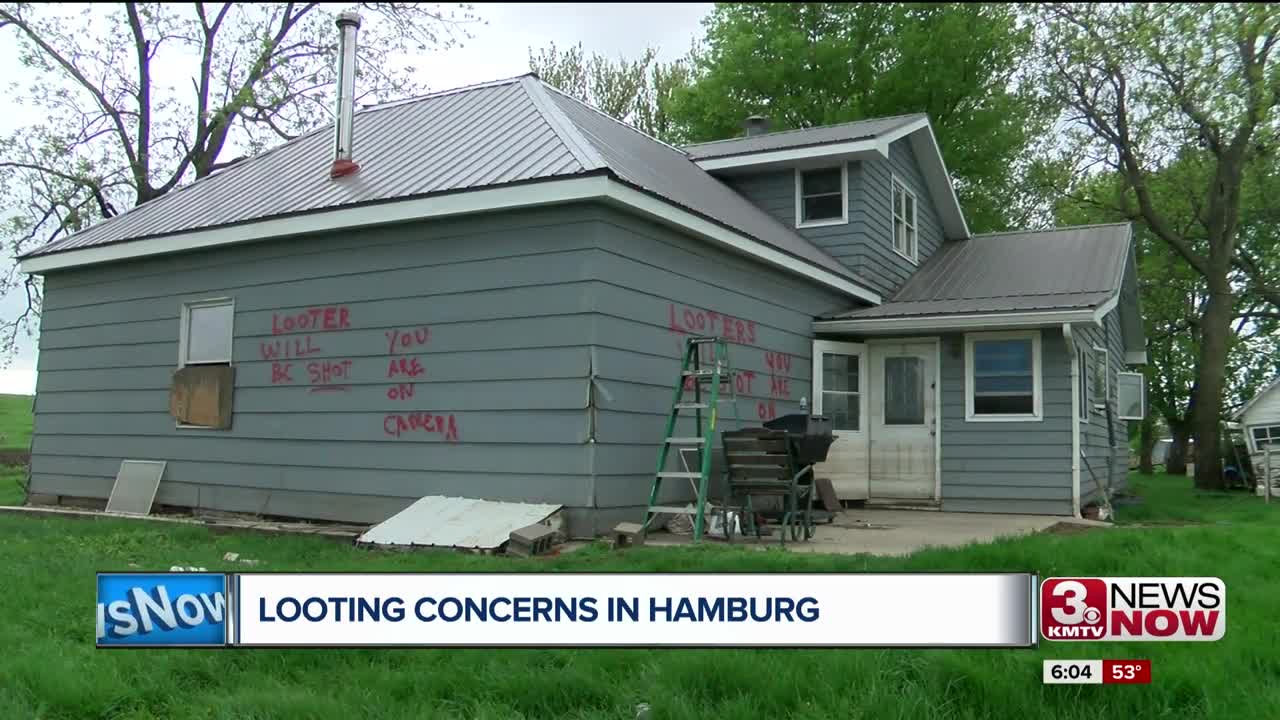 HAMBURG, Iowa (KMTV) — Imagine coming back to your evacuated home, only to find your property has been taken...not by flood waters, but by thieves. In Fremont County, that’s an issue that many homeowners are currently dealing with.

Homeowner Lori Burge has added a new lock to her house.

“It was easy to see it was kicked it,” she says.

That door being kicked in also led to a message that you can clearly see from the street.

In bright-red letters, it reads, “Looters will be shot, you are on camera.”

“Most people see that and there are cameras up so hopefully that will detour anybody from, you know, doing it again,” she says.

Burge evacuated her home of 27 years in Hamburg when the flood hit. Before she left, her family put a few valuables upstairs hoping to get them when they came back.

When they returned, they were gone.

“I guess you just don’t think about it. You’re thinking, nobody’s going to do that to somebody that’s been through so much.”

Electronics like tv’s and video game consoles, along with tools were stolen…and some things you can’t put a price tag on.

"It's just beyond depressing to know that you have to look out for that. It's bad enough that you lose your whole life here,” Burge says.

She’s not the only one dealing with the issue. Several towns that were worried about keeping water out are now concerned with keeping thieves out.

Fremont County Sheriff Kevin Aistrope says, “In the flood zones, you’ll go down there and see a door pried open. The thieves just want to see what’s in there.”

Aistrope says due to this problem, he’s hired more deputies which has impacted his budget.

“It’s really a shortfall this year because I’ve had to hire so much flood patrol,” he says.

Now, when Bunge leaves her home, she makes sure it’s even more secure.