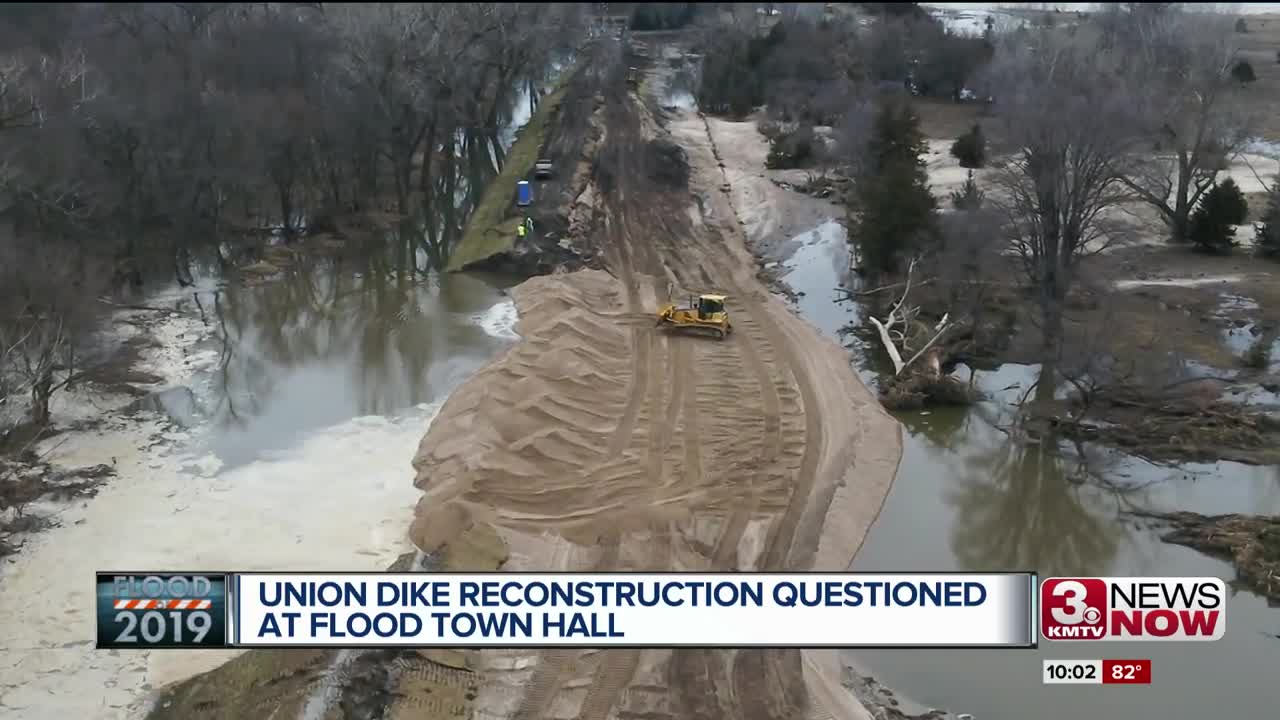 Union Dike was a big topic of conversation. It breached in the flood.

VALLEY, Neb. (KMTV) — Union Dike was a big topic of conversation. It breached in the flood.

John Winkler with the Papio NRD says the plan as of now is to get the dike between Fremont and Valley to pre-flood condition.

But some residents want to use different material other than sand, and raise the levee.

"When they're talking about, putting that thing back to the way it was, folks it wasn't any good or we wouldn't be here tonight,” says AL Mumm, Douglas County resident.

Others in the crowd agreed.

"When I had a construction business and we build stuff I would say guys, let's go for the overkill, let's make it so it never fails. That's not their logic,” says Jim Pospichal, Douglas County resident.

Winkler says raising the whole dike would cost hundreds of millions of dollars.

"I could add 10 feet to the Union Dike, but it's only as good as strong as the weakest point in that system gets improved, then what do you do upstream. So when that fails, it will flank that levee and that levee all fail,” says Winkler.

Winkler along with host Douglas County Commissioner Mary Ann Borgeson says any of their plans could change based on input, like they got from residents Monday night.

The folks at the meeting also blamed the dike breaching on the massive ice jams in the rivers. They wanted to know why dynamite wasn't used to break them up, which has been done a few times in the past.

"I was in the military they could drive right down that dike and have enough military weaponry to blast that ice jam,” says Mumm.

Winkler responded by saying they took a hard look at it but it was too windy to send a helicopter or airplane loaded with dynamite, and the military suggestion was unrealistic.

"The military does not fly on missions to blow up river ice,” says Winkler.