Water and sewer systems will shut off on Tuesday 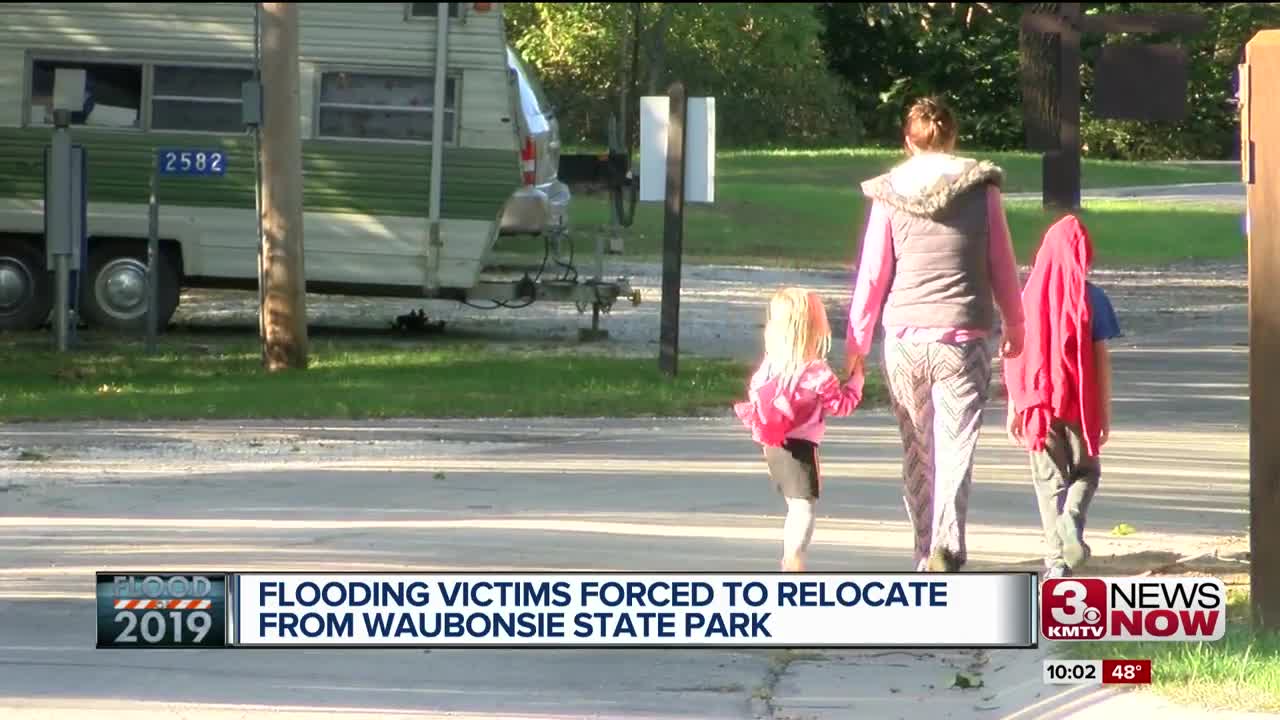 HAMBURG, IOWA — After the devastating spring floods, Waubonsie State Park stepped up and took in flooding victims at no cost. The park wound up sustaining about 80 people through a good portion of the summer. But now Iowa Governor Kim Reynolds' proclamation that allows flooding victims to stay there for free is coming to an end.

"Their exception from the state limit policy will end that day on Tuesday," park manager Matt Moles said.

Flooding victims living on the campsite have until Tuesday to move out. After that they will have to start paying a regular camping fee. They can pay the $11 per night fee for another two weeks. Then, just like regular campers they'll have to leave the campsite.

For people like Tudie and Cynthia Wheeler who have been relocated four times since they lost their home in the March floods, the future is uncertain.

Times have been tough for the Wheelers, who are both disabled and out of work. Looters stealing their things after the flooding and according to them, the state not doing enough to help in their recovery efforts.

Friends helped them move out of their campsite Saturday. But their destination is still unknown.

"We're just going to park along some road along you know, in the country. Hopefully they don't make us move."

The park is also shutting down water and sewer systems on Tuesday.