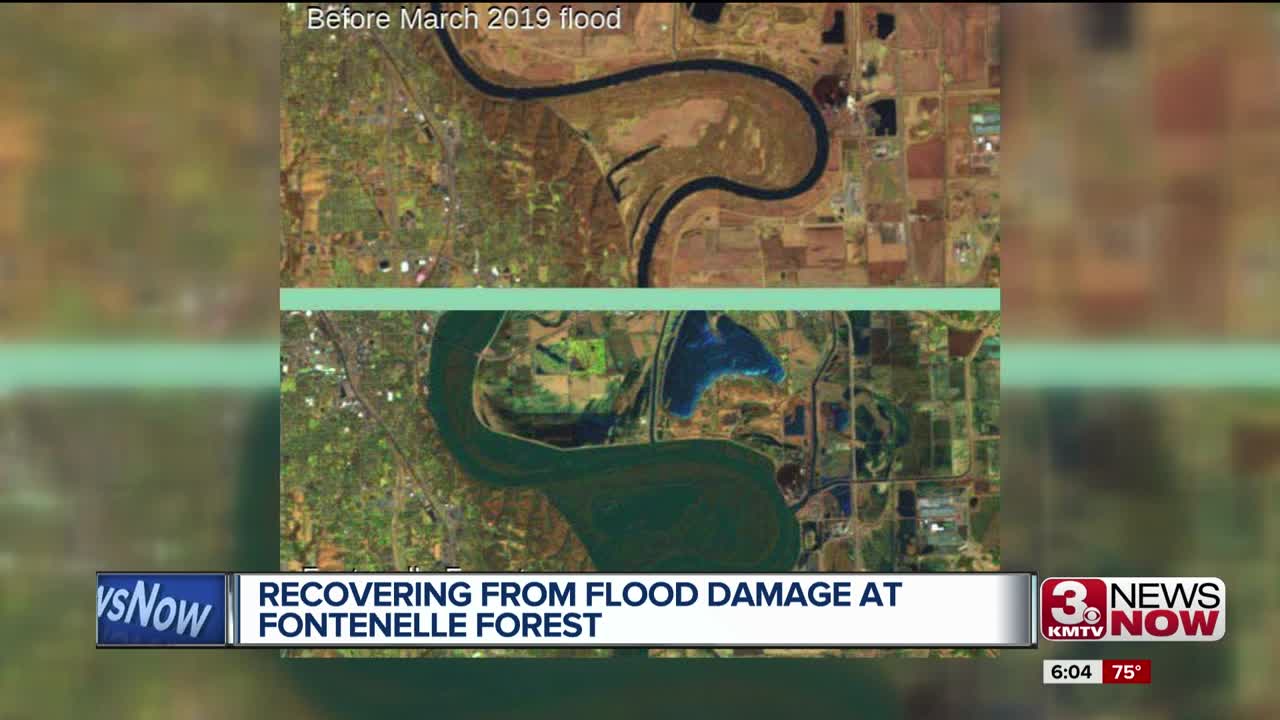 BELLEVUE, Neb. (KMTV) — As the cleanup from the floods continue, one popular outdoor recreation area is adjust to the damage. Fontenelle Forest has closed some trails and canceled or rescheduled other summer programs. However, the lands will adapt and the staff is doing the same.

“Some of the wildlife such as the deer, have moved out, we had to close our trails and some land has been completely in accessible,” says Jim Beebe, Ranger at Fontenelle Forest. “I think flooding on the river is a natural process but obviously it takes wildlife and people something to get used to.”

1/3 of the trails on the property is closed due to either flood damage or high waters. The Wetlands Learning Center was also damaged in the flood and is currently closed. Many educational resources were lost as a result. Other activities in the wetlands, which was hit hard by the flood, have made some changes.

“Luckily, we were able to keep canoeing as part of some of our summer programs through a partnership working with the Boys and Girls club and doing some canoeing on Carter Lake instead, but it’s a real lost to not be able to canoe our own wetlands,” says Sally Otis, Director of Education at Fontenelle Forest.

If you’re familiar with the wetlands, you might notice some changes in regards to the plants in the area when that location opens back up. “Maybe we’ll increase some native wetland plants but then again maybe the water will kill some of the plants that aren’t as wetland adapted on some of the little higher spots,” says Beebe.

So as nature sorts itself out, Beebe and the staff plan to do the same, to bring the forest back to where it was before March of 2019.

“We’ll rebuild our trails, we’ll plan for future floods and the land down here is adapted to flooding, so the land and the wildlife will adapt and we’ll change over once the water goes back down,” says Beebe.

Some of the flooded out trails are in the wetlands, and may not be open fully until spring of 2019.