Hamburg begins to rebuild, asks if bureaucracy is to blame 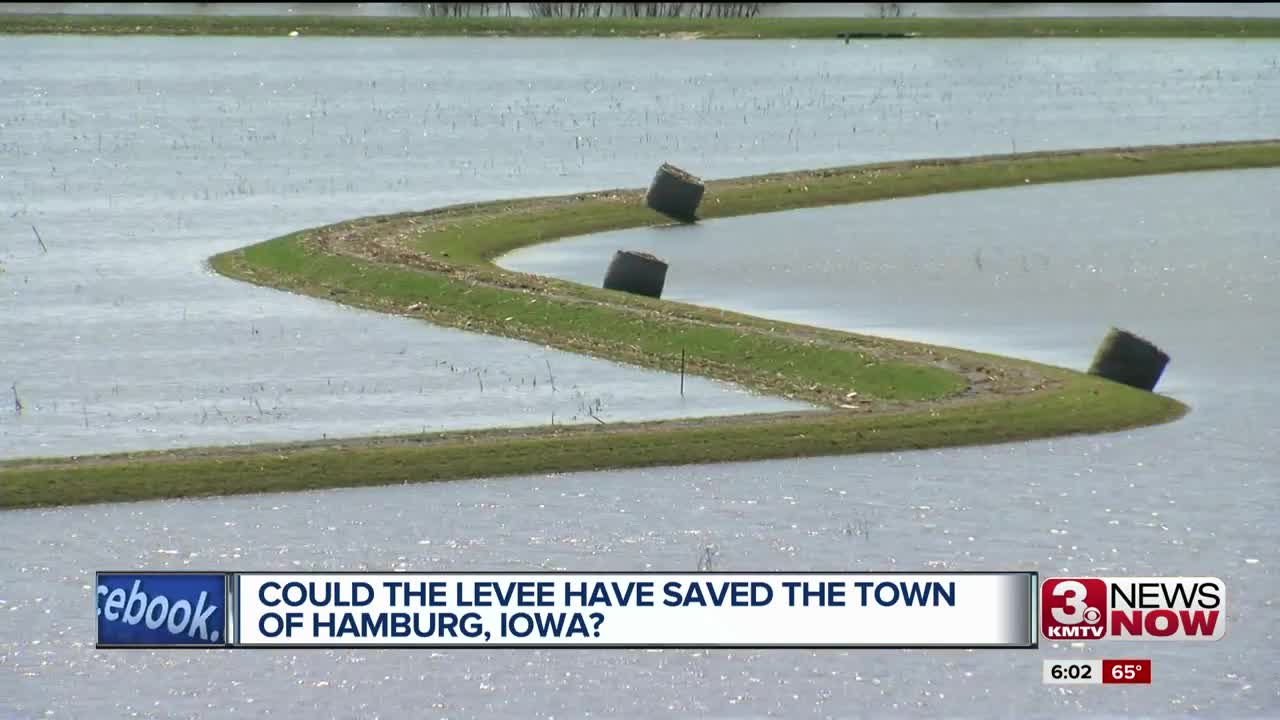 Could the levee have saved the town of Hamburg, Iowa?

HAMBURG, IA (KMTV) — It’s heartbreaking to see what has happened to Hamburg. Flood waters overwhelmed a levee that eventually devastated the town and many there say -- it's not the levee that failed them...but bureaucracy run-amuck.

Resident Clayton Leng says, “It’s just hard to really realize there is that much damage.”

Leng is one of many people that were hit hard by the flood he explains:

“Went up four foot with all our drywall.”

Two of his homes were damaged...and his family farm is still underwater. His spirit seems to waiver at times as he cleans up one of the properties.

“Sometimes I think it would be easier to take a bulldozer and push it in instead of doing it..”

Clayton and a lot of farmers blame a nearby levee and the corps of engineers for the disaster that struck the town.

You see — the levee used to be 5 to 7 feet higher...hastily raised during a huge flood in 2011 says Kim Thomas of the Army Corps of Engineers.

“We were literally building that levy as it was raining...with the closest material we could get...so it was not built to engineering standards...it was built the quickest we could.”

Thomas says the town had two options for the levee — pay millions to bring it up to code — the city couldn't afford it — or pay to tear it down.

“Even though it held 120 days and it was field tested...it could have just stayed as is... probably would have worked this year,” says David Mincer. The levee runs thru his land.

He, like so many others in the area, think the levee would have worked.

The Corps says the waters would have rushed over the top...no matter what:

“At the end of the day...we are very concerned about a levy that was thrown up there under those austere conditions...putting folks behind that levy is putting folks at risk,” says Thomas.

This flood was unique...fast...it came without warning...the focus now — whats the cost? David Mincer showed us firsthand at his nearby grain bins.

“This is totally rotten beans...nothing left to it,” he says.

His season is ruined…

“The big thing will be next year when we go to the banker for another loan...and how does a banker give you financing if you don't have the money?”

For farmers and folks in Hamburg — like Clayton... it's frustrating to think what might have been — if the levy was left alone all those years ago...

But with incredible spirit and determination — it’s important to get life back to normal.

“You just do what you can do and live with it and go on,” says Clayton.