Interstate 29 closed at certain spots due to flooding 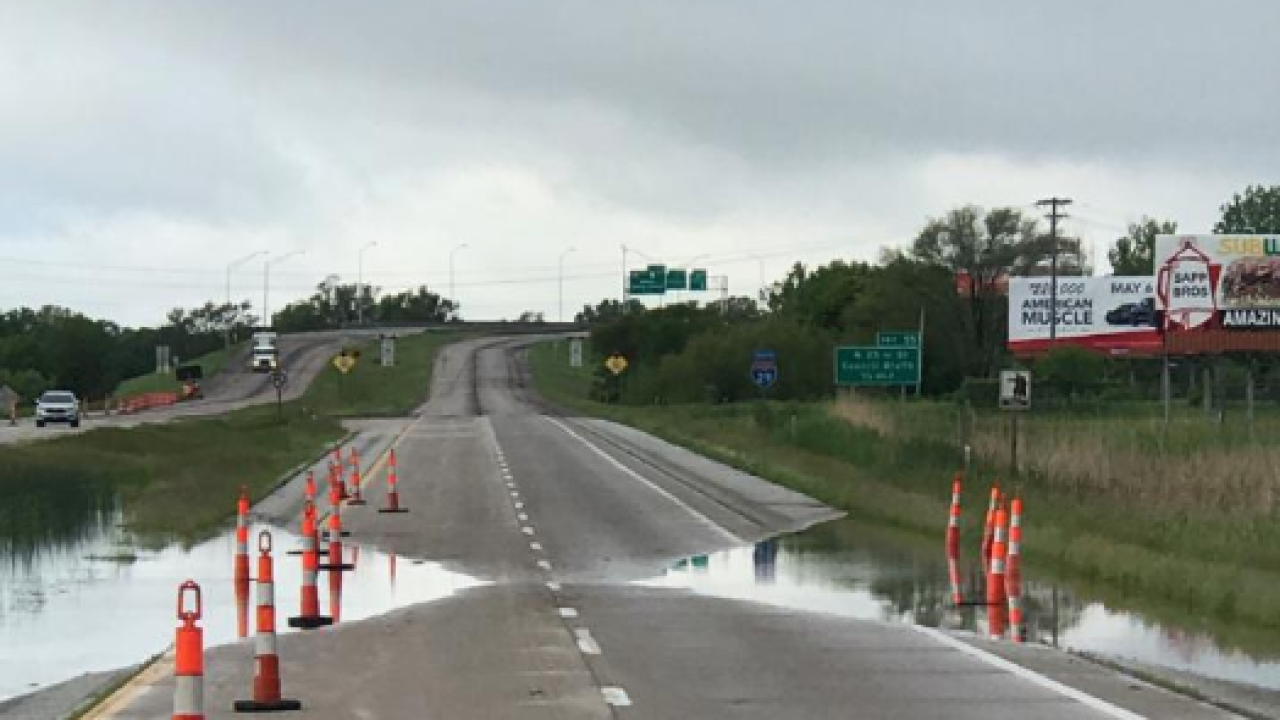 OMAHA, Neb. (AP) — UPDATE 6:40 A.M. FRIDAY: Interstate 29 is now closed north of Council Bluffs, and several other on and off ramps are closed, according to the Iowa Department of Transportation. You can find more by clicking here.

Flooding has caused the closure of I-29 north of Council Bluffs. Traffic in the area is being detoured using I-680 and I-80.

NOTE: GPS/phone navigation systems are often inaccurate in these types of events. Please use the 511 app or check https://t.co/6jLPJUUZru for details. pic.twitter.com/r3iojgKD2U

The Missouri River continues to rise and flood mostly rural land in Nebraska and Iowa, but Interstate 29 remains open near Omaha.

Iowa Transportation Department officials expect to have to close parts of I-29 at some point during this week’s flooding. The river is expected to crest Friday morning near Omaha.

The lower Missouri River is flooding in Nebraska and Iowa this week because exceptionally heavy rains fell last week in Montana, North and South Dakota and Nebraska.

Officials don’t expect the floodwaters to cause significant damage to communities. But many levees remain damaged from severe flooding in the spring.

The floodwaters broke through two barriers Wednesday in a rural area northeast of Omaha.