Iowa State Patrol deals with third round of flooding 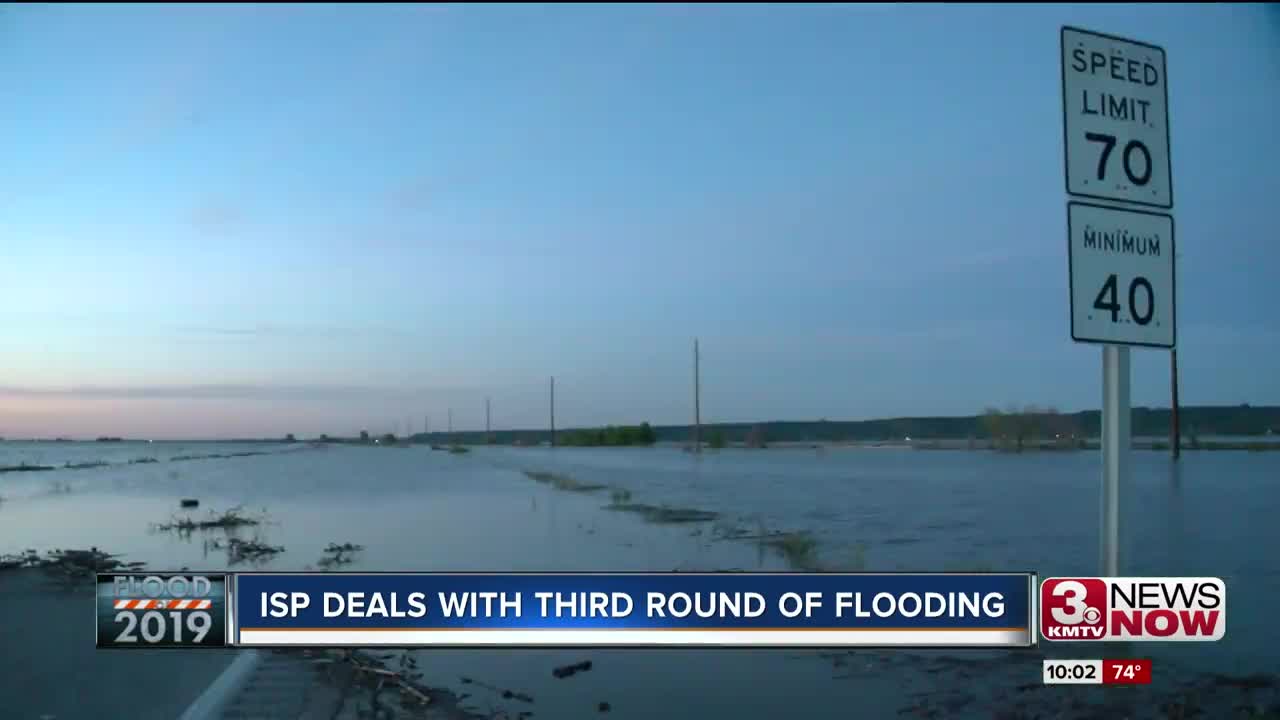 POTTAWATTAMIE COUNTY, Iowa. (KMTV) — Law enforcement has been staying busy with an onslaught of floodwater as the rising Missouri River forces roads to close again and again this year.

For troopers working in western Iowa, it’s just like deja vu. Now, we’re in late September and they’re stuck re-directing traffic away from the flooded interstate.

“This is the third time this year almost to the exact spot where we saw the flooding before,” said Iowa State Patrol Sgt. Jared Kastner.

It's a scene Iowans are getting used to, even though they don't want to--major roadways like I-29 shutting down again because of rising levels of the Missouri River, with farmland to the left and right inundated with water.

Sgt. Kastner has been busy controlling traffic and setting up detours. He's also going to ticket anybody that wants to go around the barricades.

"It's a public safety issue,” he said. “We understand the frustration, we feel it too. The interstate is closed for a reason. We just don't want anyone to get hurt. It's not worth it.

Sgt. Kastner, along with everybody else, has no idea when the roads are going to open back up. But he isn't holding his breath.

"It’s always taken a little while because you have to remember it's not just the water receding, there's a cleanup period, there’s testing that has to be done to be sure that the roads can still handle the traffic. It’s just varied every time," said Sgt. Kastner.