Lawmakers call for change in battle against flood waters 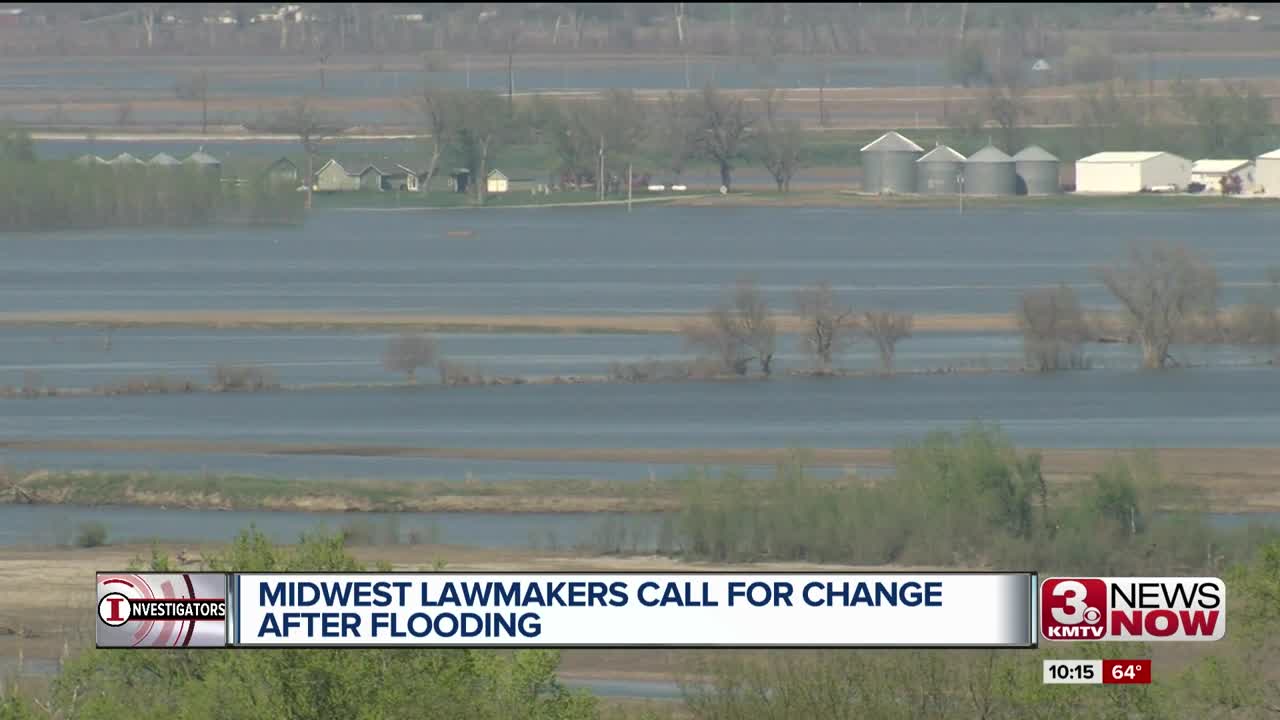 A lot of finger pointing is going around after the massive floods came crashing through our area last month.

OMAHA, Neb. (KMTV) — At a recent hearing in Iowa, several lawmakers called for the Army Corps of Engineers to change their “Master Manual” that is used for everything from flood control, levees, to wildlife management along the Missouri River.

The Corps of Engineers has been using the same manual since 2004, and some see it as being outdated and that the priorities of the corps need to shift.

Republican Senator Joni Ernst, as well as Senator Chuck Grassley of Iowa, says the focus needs to be on preserving life and property. One area where they see change is how the corps helps to maintain and create wildlife sanctuaries, especially for endangered species along the river. They would like to see a shift away from that priority.

“While it’s very important, I would not disagree with that but is it more important than the life and safety of human beings…their livelihood? I would say no it’s not,” Senator Ernst said.

The calls for change to the corps operations have been brewing for years, beginning after the major flood in 2001 and those voices grew louder with this year's devastating flood that has nearly wiped out some communities like the town of Hamburg, Iowa. The preservation and creation of wildlife sanctuaries along the Missouri River became a joint effort between the Corps and US Fish and Wildlife beginning in the 1990s. This led to some changes in the flow of the river, which eventually built of sediment, making it more shallow and widening the river. Some farmers like Dustin Sheldon, who lives in Fremont County says over time they’ve seen floods come quickly and without warning.

“The ecosystem they have destroyed from floods like this..nothing is working..no one is getting any benefit out of this,” Sheldon said.

US Fish and Wildlife works closely with the corps, landowners, tribal entities, and state lawmakers to try to find the best approach where life and safety, as well as wildlife, can co-exist. Casey Kruse, the Missouri River coordinator for Fish and Wildlife says it's important to not jump to conclusions, “I think it’s important..prudent that we examine what the causation is and take the opportunity that this presents us to really understand why these things are occurring.” Kruse said.

The Army Corps of Engineers says it will revisit the Master Manual in the near future. The focus right now is to get as much federal help into our devastated areas and to begin to rebuild.

You can read the most-current version of the manual here.