Flood victims can accept or deny the buyouts 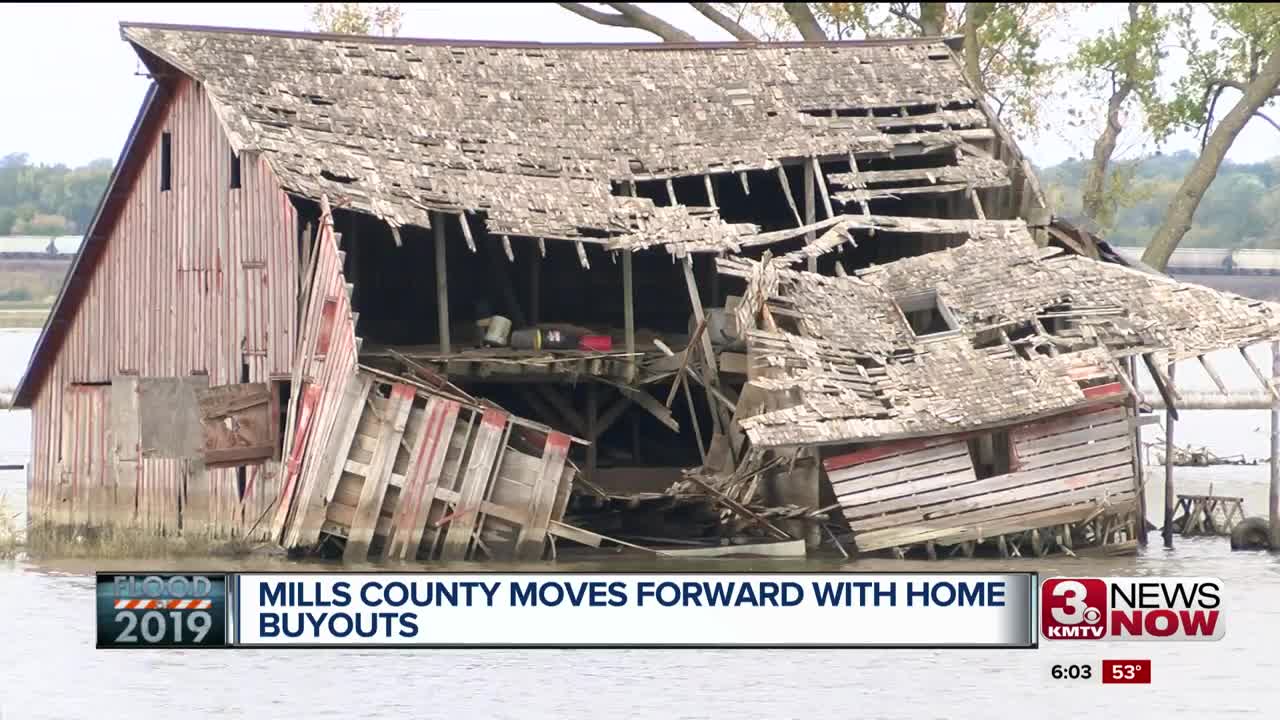 MILLS COUNTY, Iowa — A buyout process made possible by funding from a FEMA Mitigation Grant and the State of Iowa officially kicks off for a specific area for Mills County.

The Mills County Board of Supervisors unanimously voted to pursue the buyouts for homes in the area West of 180th Street between the Pottawattamie-Mills County line to the North and Lambert Avenue to the South as well as the area West of Interstate 29 between Lambert Avenue to the North and the Mills-Fremont County line to the South.

Around 90 residential homes are included in this first phase of buyouts. Residents can refuse or accept the buyout offers.

Eligibility was based on residents that signed up through a buyout application earlier this year.

However, if you're not on that initial list, you can still be considered in the second phase of buyouts.

"If your property's not in that zone, look forward to basically having a sit down with the board to walk through the process and have a discussion as to whether a buyout is right for you," Loontjer said.

The price of the homes will be determined fair market value as of the day right before the flood. But residents may not see the money for a while as appraisals and studies still have yet to be completed. Then the applications all go to FEMA.

"Assuming that that application is approved for that property, then FEMA directly I believe starts meeting with the landowners to workout a purchase agreement and then it becomes just a standard home closing at that point," Loontjer said.

The timeline is still not clear, but the process of buying out homes has officially begun.