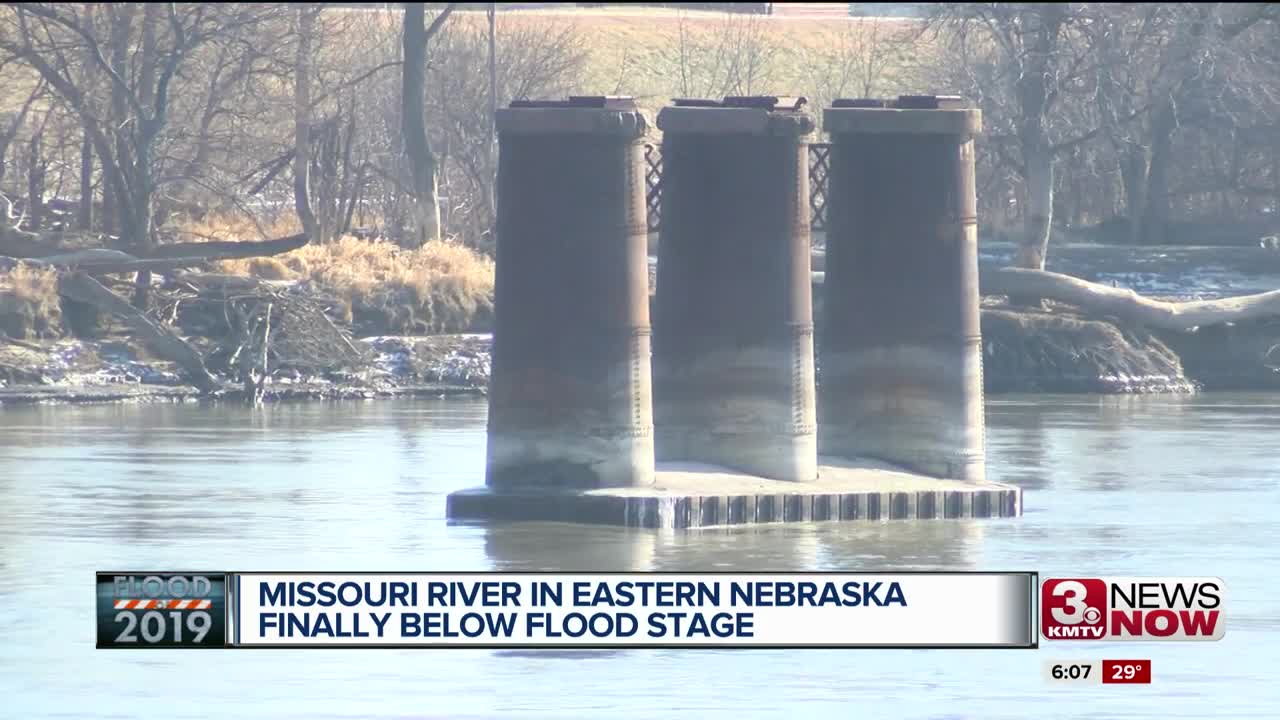 "It's been about 50 plus years and since that time, this is the first year that I can find where we stayed above flood stage for that long of a time,” says Dave Pearson, senior hydrologist with the National Weather Service.

The waters went back down right as winter goes into full swing and before the water freezes up.

And when it begins to melt, there's worries it could rise again.

That's because the ground is wet, and the river is still abnormally high for this time of year. There's reason to believe heavy snow in the Dakotas will make its way downstream and overwhelm the river yet again.

"In the Dakotas and further north, they keep their snow pack for most of the winter and it just accumulates and so we get that and a lot of water when it does melt,” says Pearson.

So over the coming months, it's a watching game over at the National Weather Service.

All the time, with the flood of 2019 in the back of their minds.

"On the one hand to have a repeat of last year would be extraordinary but at the same time there's never been a flood that hasn't been beaten before,” says Pearson.