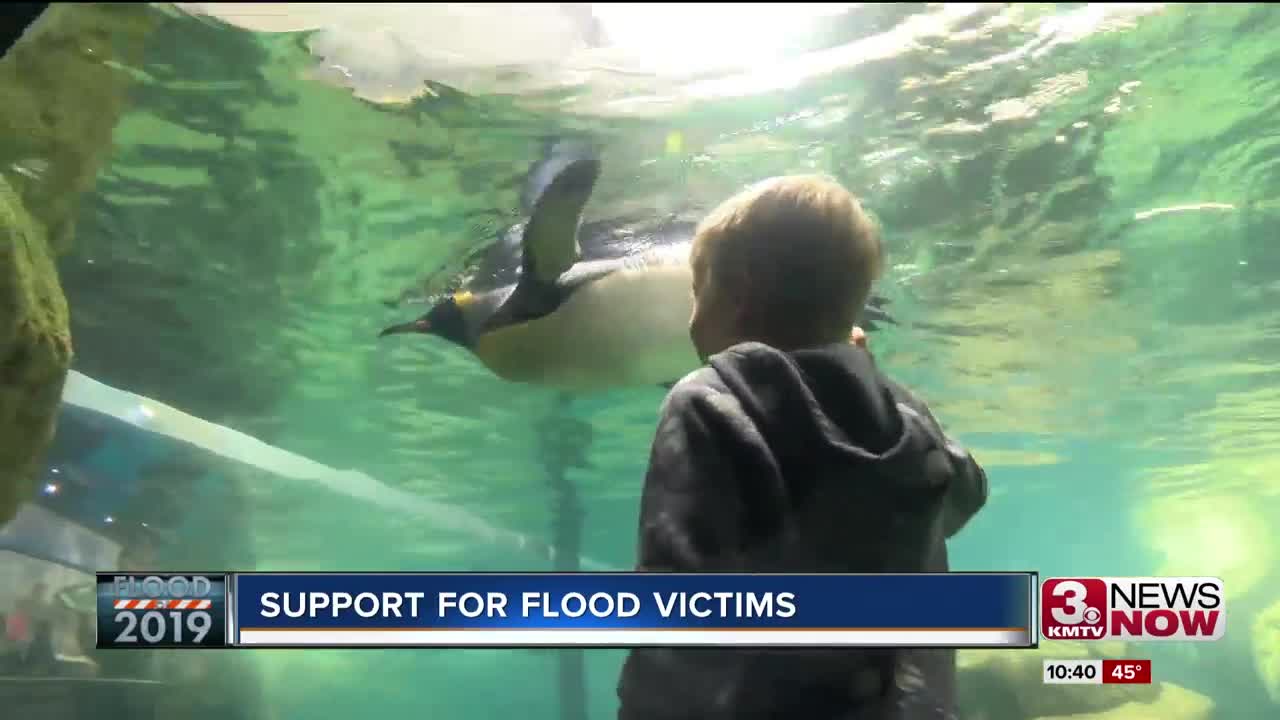 OMAHA, Neb. (kmtv) — It's been nearly 8 months since many people were displaced from the March flooding.

These families are still in limbo wondering what's next.

"I only went to the house once after the flood, it was just hard to even be in there for more than 5 minutes," Bellevue resident Amiee Hunt said.

In the moments after water flooded their home, Hunt and her family went into crisis mode - gathering belongings, uprooting their lives and looking for shelter.

"You never know, you never think you're going to be that person that's going to go through this," Hunt said. "You see it all the time on the news and then when it's over with - you don't see anything else. You don't see what's happening to those people. "

Several months after the floods, Hunt and her family, along with plenty of other flood victims are still adjusting.

Many just trying to find normalcy, again - which is why Kellogg's, Boxed and United Way of the Midlands put together a day of entertainment for flood victims at Omaha's Zoo.

"We understand that families are still facing a lot of adversity," Kellogg's Senior Manager of Philanthropy Benjamin Schorr said. We wanted to bring joy around the holidays."

The trio handed out 1,500 vouchers for flood victims to spend a free day with the animals.

"It's just uplifting," Hunt said. "Knowing there are still organizations out there that care...that want whats best for you. It makes me proud to be a Nebraskan."