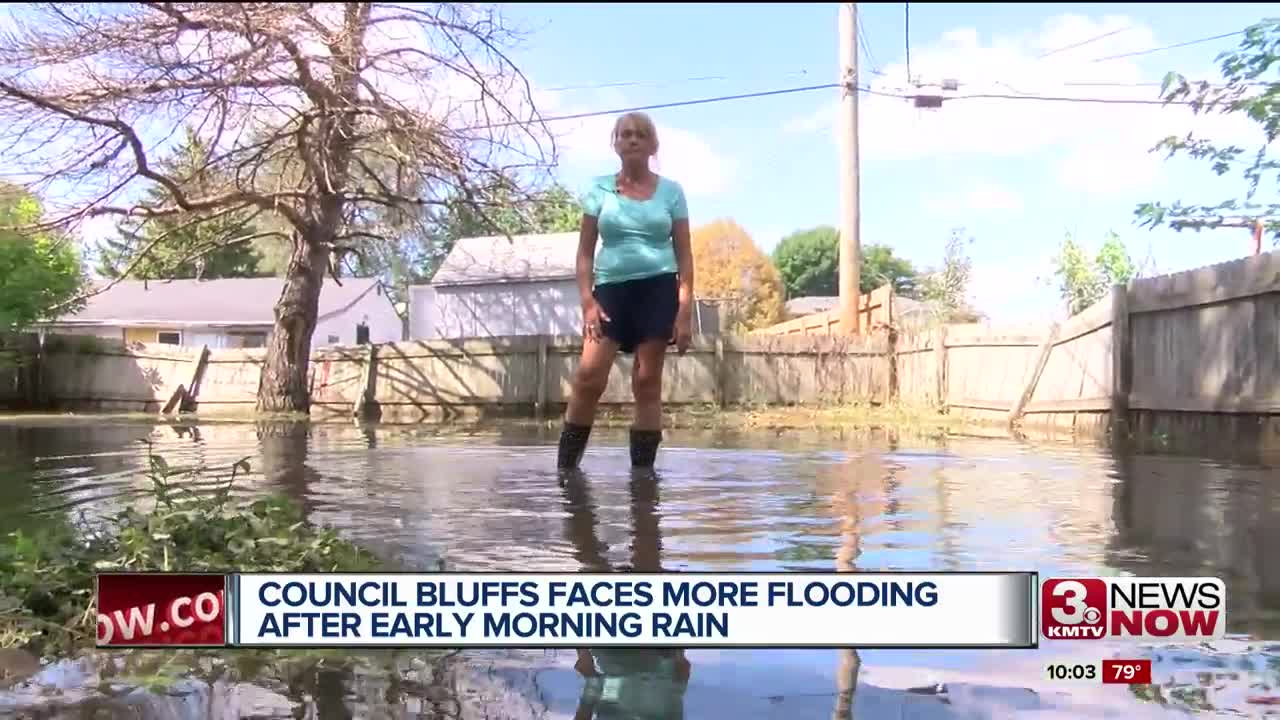 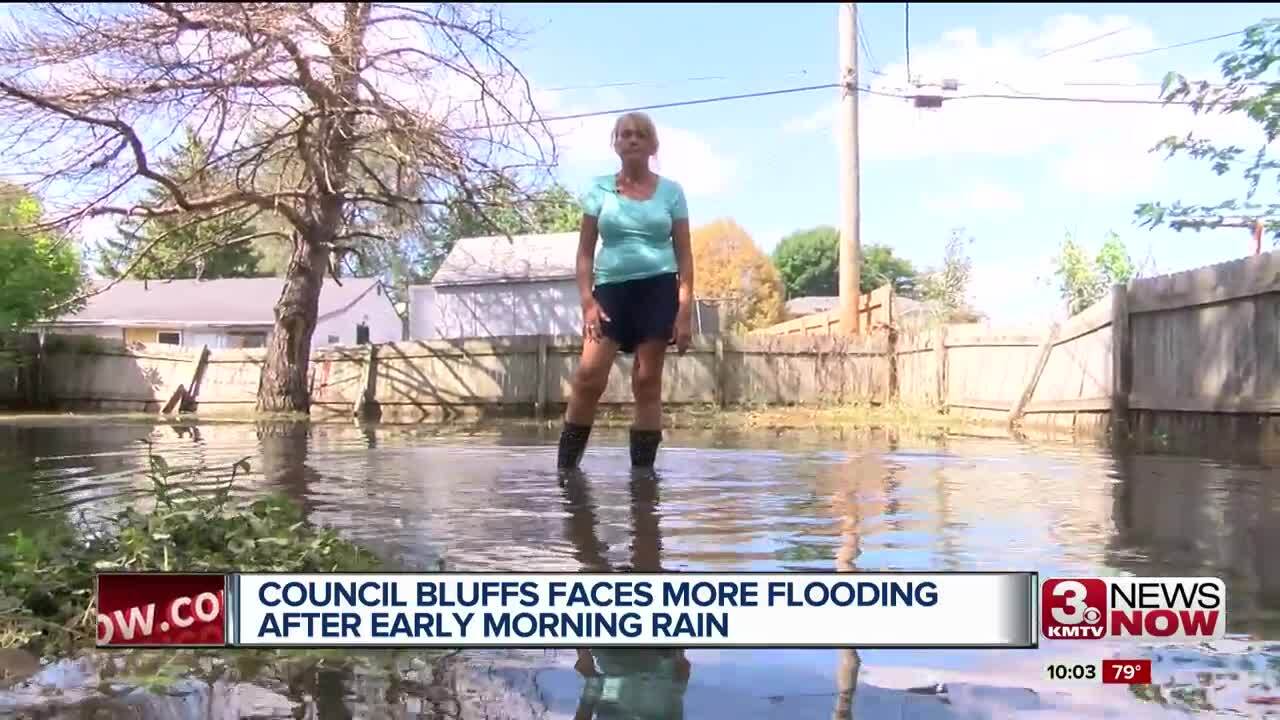 COUNCIL BLUFFS, Iowa — According to the National Weather Service, flooding stages for the Missouri River begin at 29 feet. Sunday the river was around the 26 foot stage. So no flooding, and yet a neighborhood in west Council Bluffs experienced just that after some early morning rain.

"When it first started flooding yeah it was like around 28 or 29 feet, and that's pretty high. But now we're down to 26 feet and we're technically below the flood stage now, so for below flood stage, why is there flooding," asked one resident in the flooded area, Raymond Schulte.
"There's a pump half a block away, we could walk out the door and go to the left and I could point at the building that's supposed to be pumping the water out. And I'm not super frustrated because I don't own property over here but if I had just purchased a property or I just moved into the apartments below me, I'd be pretty frustrated right now," he added.

Christina Prine owns property in the area. This morning she woke up to her basement and her entire yard being flooded. She is understandably frustrated.

"Now I've got to repaint, I have to wash everything down first, bleach, make sure there's no mold around," she said.

And this is not the first time this has happened.

"I've lived here two and half years and for the first year, no flooding. But then all of the sudden in the last year, year and a half, we've had flooding four times now," Schulte said.

Residents feel like the city is just not doing enough.

"I am up to here. I am so done. I'm going to the city and something's got to be done," Prine said.

However Mayor Matt Walsh assures that the city is doing all it can in this time of unfortunate circumstances.

For these residents the damage has already been done and frustrations linger.

"So something needs to be done," Prine added.