Omaha animal rescue farm steps up after flood, holding dozens of animals until their homes dry up 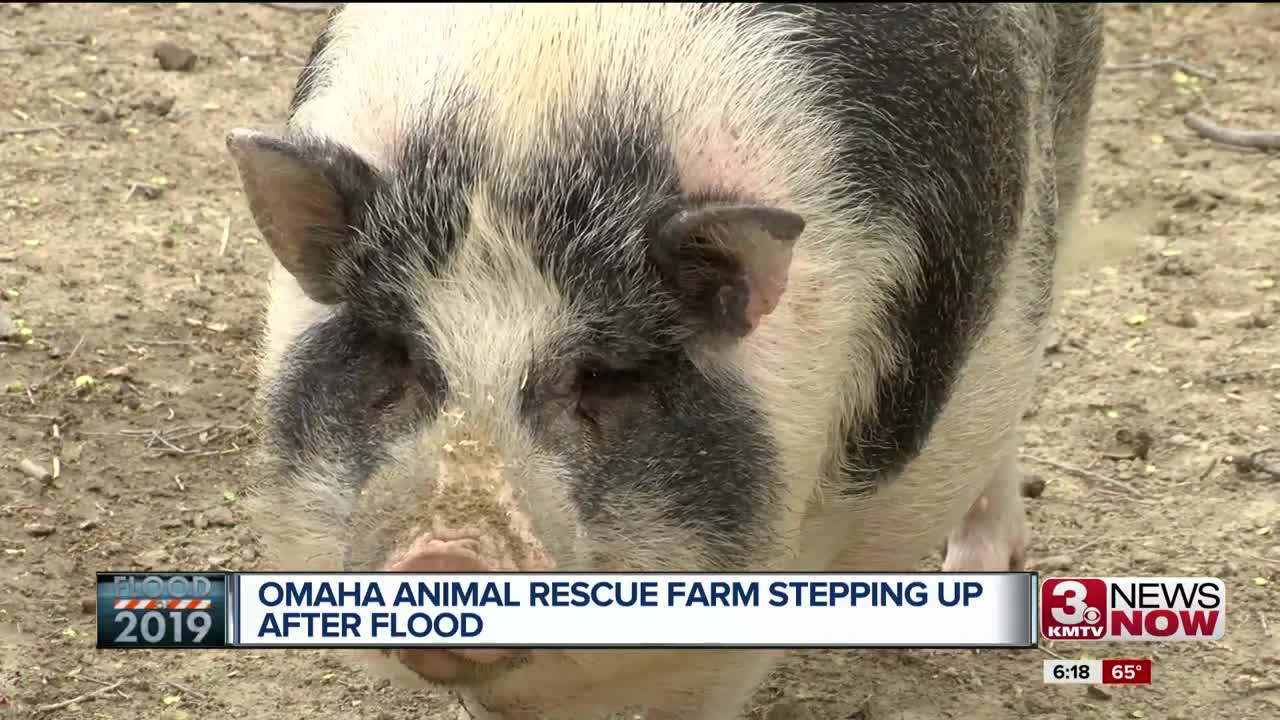 Omaha animal rescue farm steps up after flood, holding dozens of animals until their homes dry up.

OMAHA, Neb. (KMTV) — When the floods hit in March some farmers had no choice but to leave their farm and animals behind.

One Omaha woman who runs a local animal rescue farm in Omaha was able to scoop up those animals and keep them at her farm.

"Everyone has pulled together, #NebraskaStrong, that who we are and that's what we do, you pull up your bootstraps and you just keep doing what you have to do,” says Joy Bartling, owner of Scatter Joy Acres.

In the middle of historic flooding, Joy Bartling and a group of volunteers helped rescue 230 goats from rising waters. She then dropped them off at her ranch, Scatter Joy Acres.

Now, those goats went to a better home. but they weren't all Bartling brought home.

"A couple goats, a sheep, some puppies, we have some pot belly pigs,” says Bartling.

Those animals, plus some chickens, along with some horses currently getting medical attention, will stay with Bartling for the next six months to a year.

Many of them hail from Hamburg, Iowa, and can't return home anytime soon.

"For the property to be able to be fixed again, for grass to grow, cause of all the sand and everything came in, it's not conducive for livestock to be able to go back to that area,” says Bartling.

The animal owners do check in frequently, as they try to put their lives back together.

"These people livelihoods and animals were just taken from them, it's part of their life, part of their healing and then they feel that they've failed taking care of their animals and you know it's mother nature, there's nothing we can do, it happens,” says Bartling.

Animals at the farm are meant to provide therapy to those that need it the most. So for as long as the rescued animals stay with Bartling, she puts them to work.

"We see the difference everyday that it making in people's life. Whether it's at-risk youth, seniors who are sitting there petting baby goats and lambs and loving on them,” says Bartling.

While most of the animals are going to return to their owners, the chickens are going to stay at Scatter Joy Acres and the dogs will eventually go up for adoption.

Bartling estimates the animals costs her an extra several thousand dollars per month.