Nebraska farmers get some relief thanks to "Operation Hay Lift" 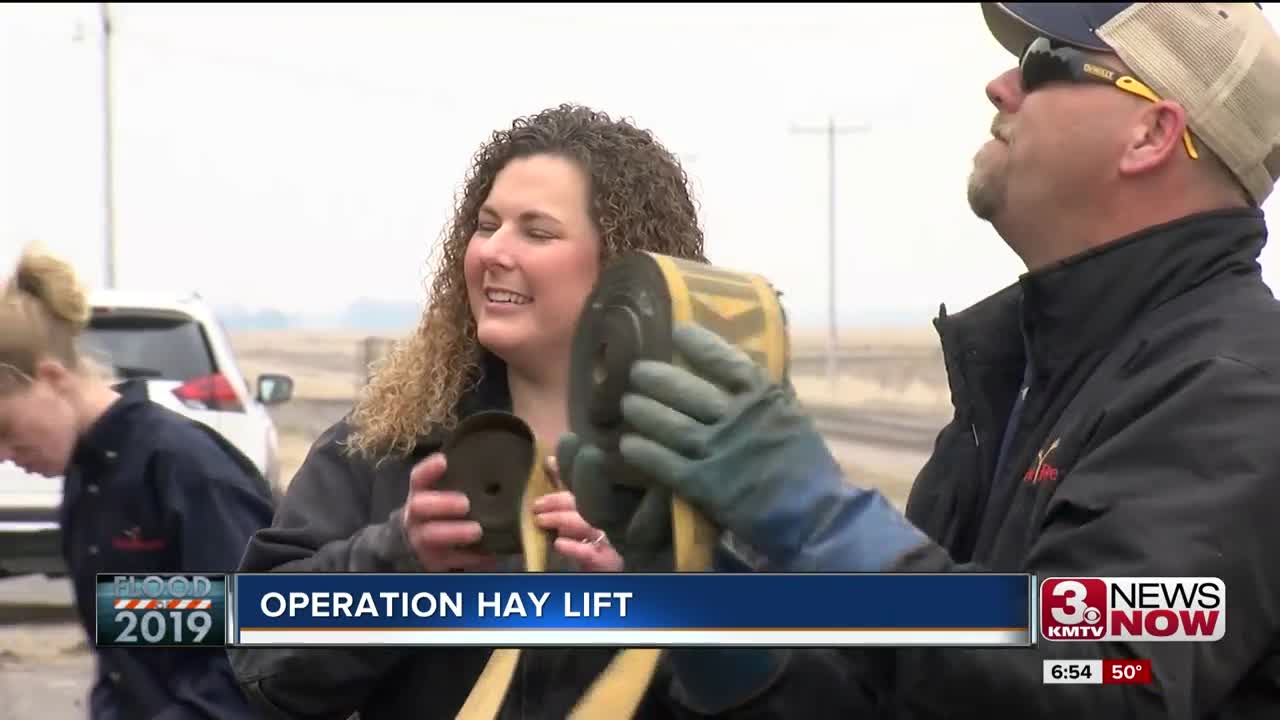 RICHLAND, Neb. (KMTV) — Nebraska livestock has been hit hard by the flooding. 34 bales of hay arrived Monday in Richland, Neb. from North Dakota; with it comes a little piece of mind from Carissa Kluck.

“I wish I could give them a hug right now,” Carissa Kluck, Richland farmer said. “You don't have to wake up tomorrow and think what am I going to do. You look at your animals, they eat before I eat most of the time.”

The road to her farm is washed out and muddy so she can't do a lot of work right now.

“My husband took pictures of them (our hay bales,") Kluck said. "He had to walk two miles in with hip waders to get in there. And its over half way up the bails so you see water lines that come up to here.”

She goes through about three bales of hay a day feeding her animals, so this donation will last her a few weeks.

“Hay is a huge blessing," she said. "At least I know I can feed them for a while and I can keep the cattle that I have. I don't have to look to sell like some people are because they don't have nothing to feed.”

Jamie Bos volunteered to drive this hay to Nebraska for the organization Farm Rescue. He took his daughter on the road trip from their home in Michigan to North Dakota to Nebraska.

“Farm rescue helps the family farmers and they're a dying breed,” Jamie Bos said. “It’s such a dying breed. I don't want to see that go away.”

Kluck's farm has been in the family for 60 to 70 years. She said it's going to be a long road to recovery.

"Its not, 'I'm going to be fixed by the end of summer,'" Kluck said. "Pastures have so much sediment in them the look like large sand bars. There is going to be cleaning off. You're going to see if anything can grow. It might not grow this year. It might be two or three years from now that you see green stuff again."

For now, they're just taking it one bale at time.