Parts of Iowa completely underwater due to flooding 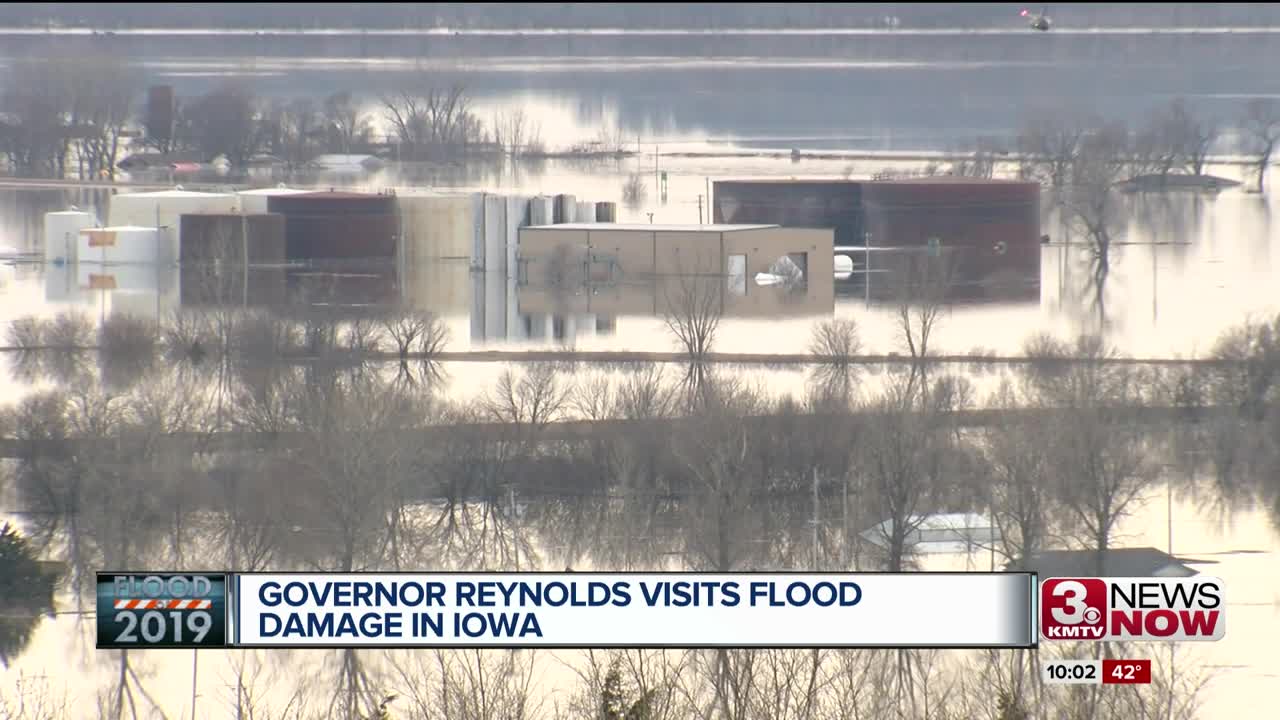 Towns like Pacific Junction Iowa had to be completely evacuated due to widespread flooding.

GLENWOOD, IOWA (KMTV) — While the water treatment plant is closed, the town of Glenwood is mostly doing alright. Tthe same cannot be said of Pacific Junction, which is almost completely under water.

"It just overtook me. I wasn't prepared for the level that I saw," says Iowa Governor, Kim Reynolds.

Iowa Governor Kim Reynolds says she got a bit emotional while surveying damage like this in Pacific Junction today.

41 counties in Iowa have requested assistance from the state and Reynolds plans to seek an emergency declaration from President Donald Trump, once all they get the full scope of the damage.

"We're in for the long haul and we're just getting started and we know that,” says Reynolds.

Rresidents evacuated Pacific Junction Monday night, not a moment too soon, with building after building in and around town, completely flooded.

Most of those residents are staying in hotels, campers or with family.

But they don't have to worry about eating, the Methodist church in Glenwood has had around 150 people volunteer or donate items for anybody displaced.

"We just assured that we'd be here for breakfast lunch and dinner and just so, you know, you can't spend all your time in a camper, or a crowded house,” says volunteer Monica Mayberry.

Governor Reynolds wants to make sure there's a long term solution in place, saying we can't keep having these conversations every two to three years.

"We look at this disaster relief from a state perspective but we really do need to look at it from a regional perspective. Especially with Pete, Nebraska and Iowa, we just want to make sure we're coordinated as we're putting the infrastructure in place."

Governor Reynolds also said she expects livestock to be hit hard by the flood, with much of the flood hitting rural areas hardest.

The Glenwood water treatment plant is currently closed due to flooding, and the town's water towers are expected to only hold for two to three more days.