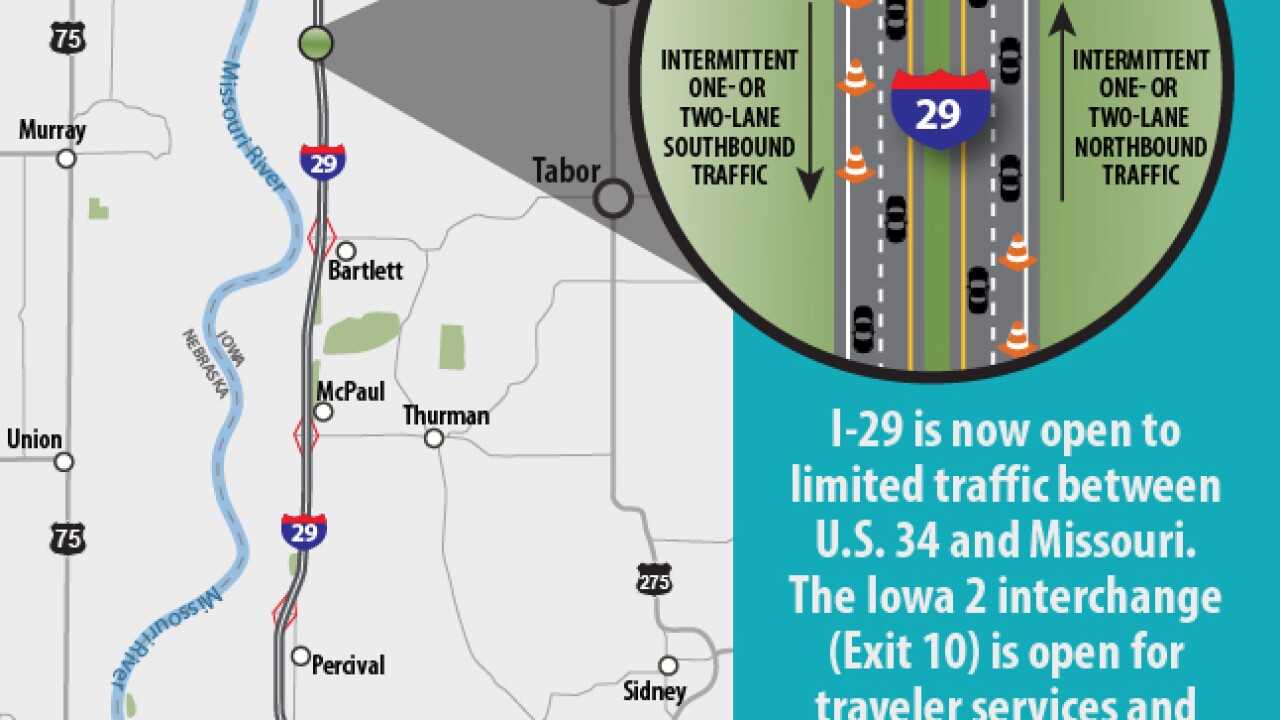 OMAHA, Neb. (KMTV) — The Iowa Department of Transportation (IDOT) says that the barricades on I-29 to Missouri have been removed!

While the road has been opened, IDOT says that drivers will still see limitations in some areas such as "head-to-head traffic" and "restrictions on oversize/overweight loads."

Missouri's State Patrol says it's open on their end as well.

The roadway had been closed after flooding pummeled the area, damaging it.

The barricades on repaired I-29 from the U.S. 34 interchange to the Missouri border are down! You'll still see limitations like head-to-head traffic in some areas and restrictions on oversize/overweight loads, but traffic is moving again. Thanks to everyone for their patience! pic.twitter.com/Fqn5yrhKkv