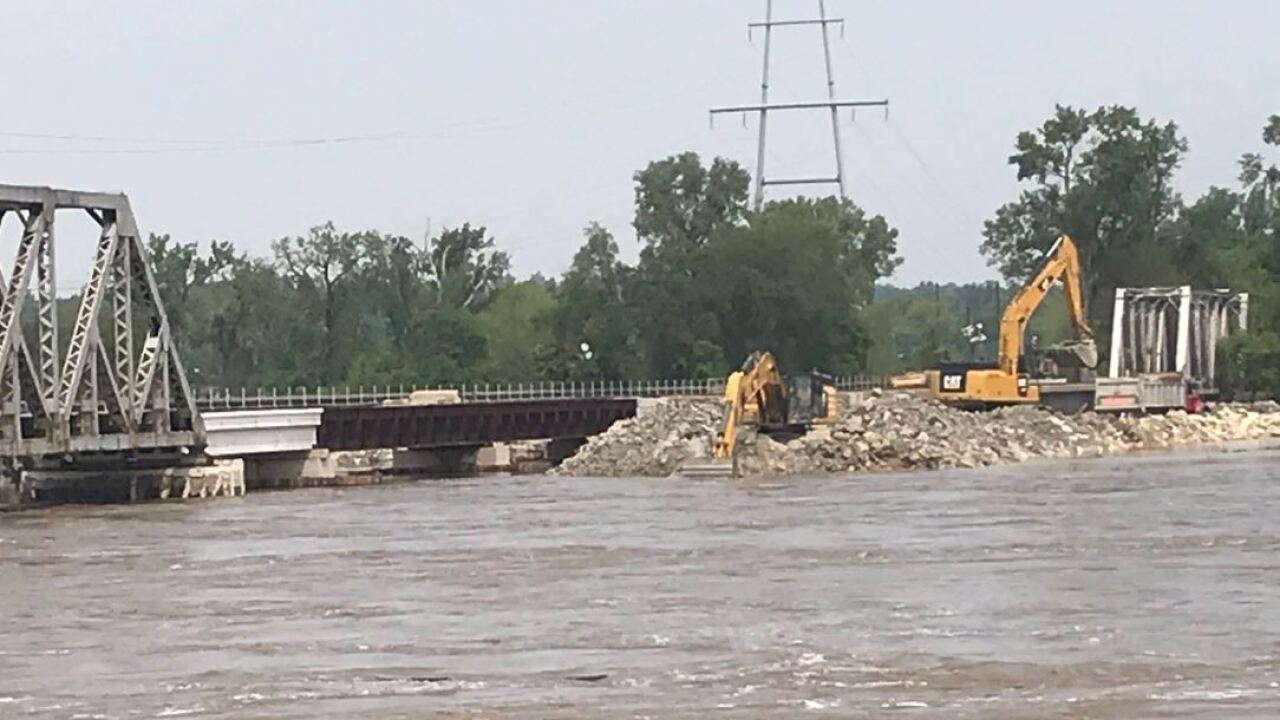 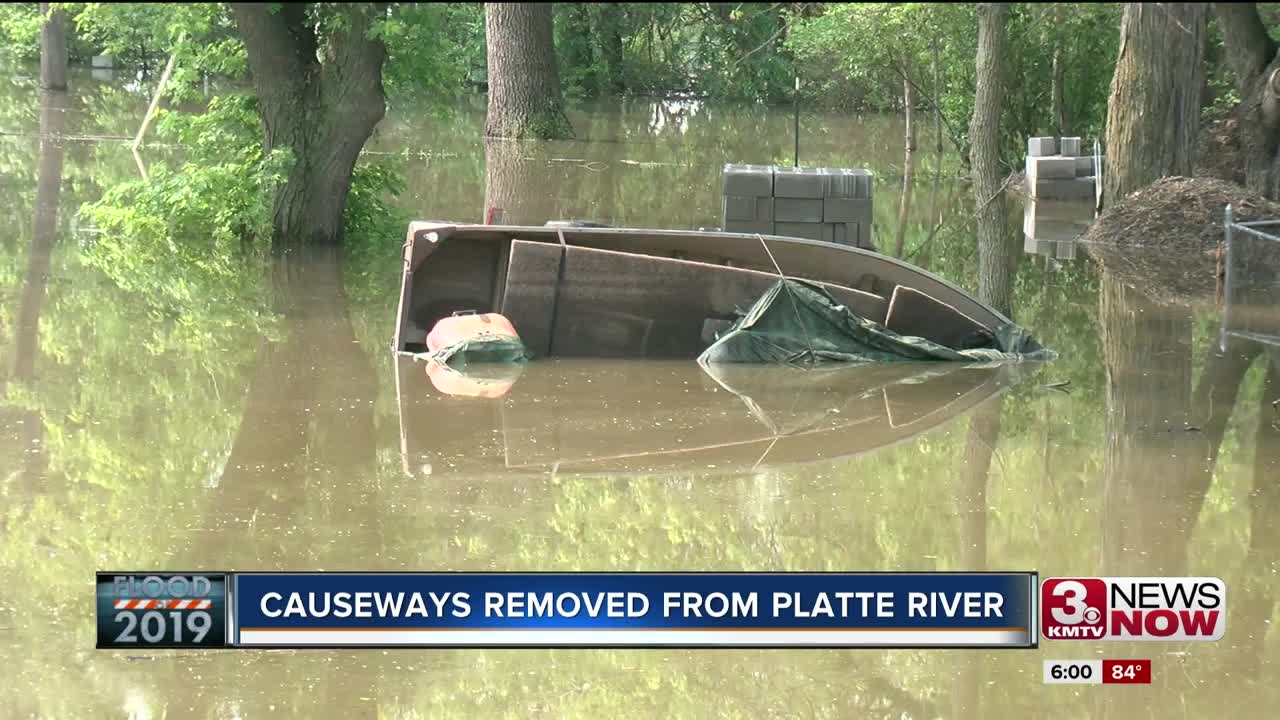 SARPY COUNTY, Neb. (KMTV) -- — Waters rise again for some Platte River lake communities. Some want to know if it was a government spat that caused the water to stop flowing.

Union Pacific and BNSF built causeways to repair their rail lines on the Platte River near Highway 75.

U.P. said they asked for an entire week if they could remove the causeway, but U.S. Fish and Wildlife wanted them to remain to protect the Pallid Sturgeon fish and was ordered to keep it up until June 30.

On Wednesday night, they were told by the U.S Army Corps of Engineers to take them down, because the railroads didn’t put up enough culvers and it’s become an emergency.

Union Pacific tells KMTV that they're pleased with the US Fish and Wildlife decision to override the local restriction prohibiting them from removing the causeway, but the USACE says they didn't have a proper permit in the first place.

Over at Hanson, Betty, and Chris Lakes the water has gone down a foot since the causeways started being removed.

Bill Mooney's Buccaneer Bay home backs up to the Platte River. He had waters rise again this week up to his retaining wall and says once the causeways were being taken down the water came down.

"I know they had to get it going but the causeway/flood, which is the better option. You may have to wait,” Mooney explained. "People versus a fish, c'mon now. I don't understand it."

Residents on both sides of the Platte River hope the river continues to go down before the next big flow of water comes down the Missouri River.