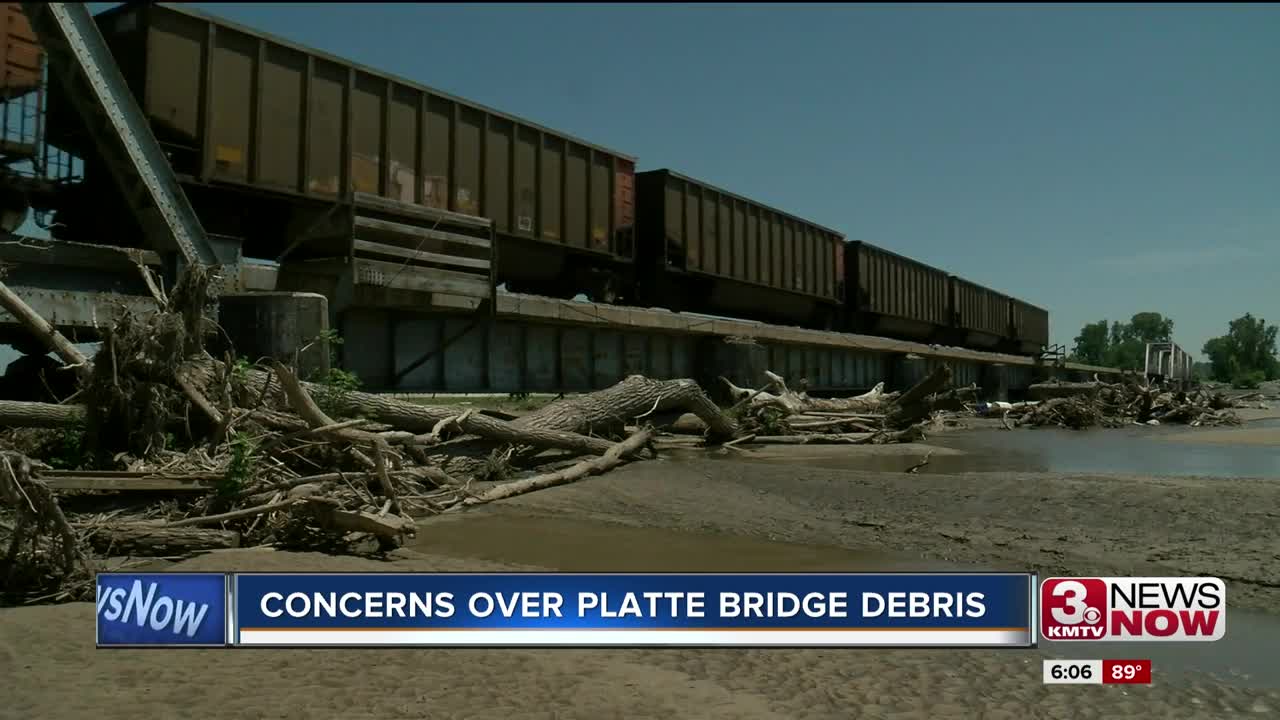 Why people in Bellevue are getting concerned about mounting debris at a Platte River bridge.

People with homes at Hanson, Chris, and Betty Lakes in Sarpy County along the Platte River want Burlington Northern Sante Fe to clean up large pieces of debris underneath their railroad bridge.

They worry another high-water event could create a make-shift dam and force the water back into their neighborhood.

All the lakes were flooded in March, and a few flooded again in May.

"I was devastated I had two places, there was nothing to save but there's people that have rebuilt, there's people that didn't have insurance that are on their last dollar fixing their place and I hate for anybody to go through this again especially when it can be preventable,” said Dan Steyskal, a Hanson Lake resident.

BNSF does have workers clearing the east side of the bridge, but they can't get to the west side where the debris is building.

KMTV contacted BNSF Railway to find out what they are doing to remove the debris but didn't hear back on Friday.