Town of Auburn flooded with traffic 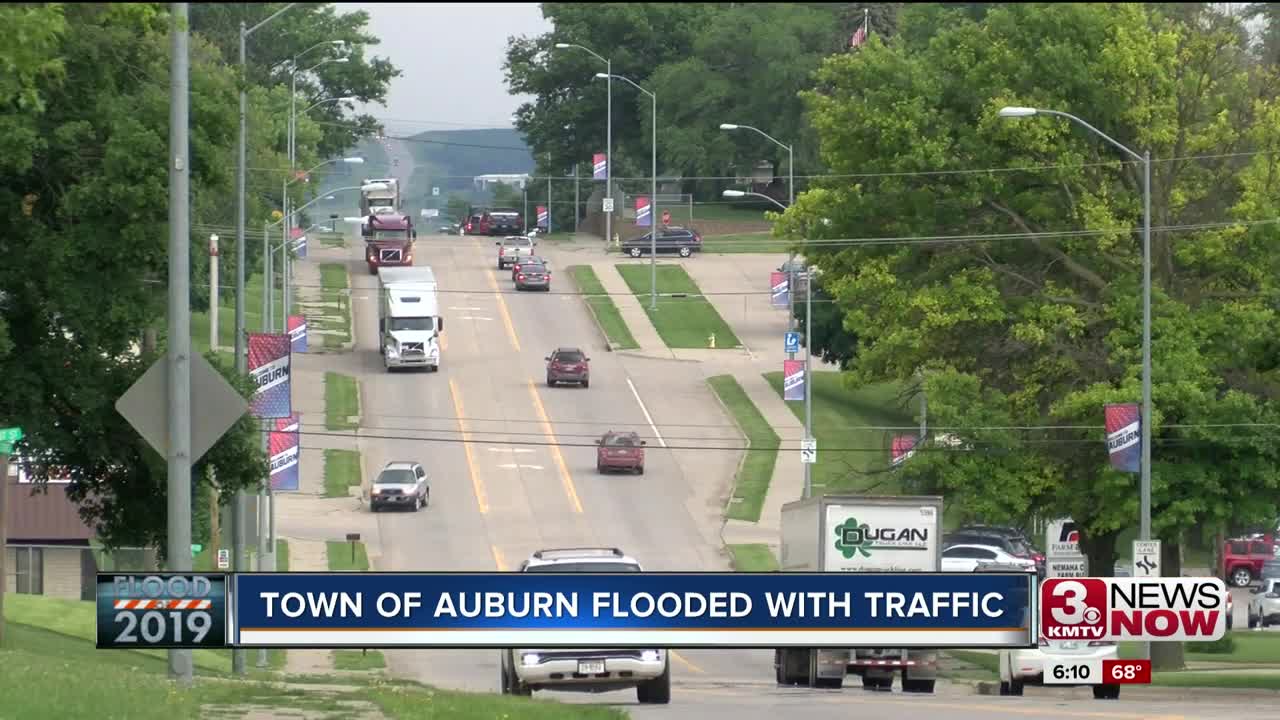 With I-29 closed, hundreds of vehicles are forced to re-route right through small town Nebraska.

"I'd say four times the traffic anyway, and it's constant,” says Mayor of Auburn, Dan White.

Mayor White says the traffic doesn't slow down until past midnight. Frustrating both residents and travelers.

Those that live and work in Auburn now take detours around the highway, which is also the main road in town.

"You basically can't get across the highway, or you don't want to have to cross or pull out on to the traffic. Try to avoid (HWY) 75 as much as possible,” says Joyce Dejonge, who works in Auburn.

I-29 hasn't been closed the entire time since the flood struck. It briefly opened up for a few weeks, before the high waters came back.

"You could tell the difference when I-29 opened in that short spell, it was like somebody closed the gates, it all stopped, and then you could tell when it closed again because it started again,” says White.

Back when I-29 first closed in March, the state re-timed the lights in town, to try and alleviate some congestion, but when traffic is really bad on (HWY) 75, the vehicles still get backed up.

But with the traffic comes people needing food, water and gas. The city set its record for sales tax collected in March. While they can't confirm it's because of the extra traffic, businesses along the highway are definitely cashing in.

"It's hard to keep stuff in stores, we're having trouble keeping stuff in stock because we never know who's going to travel through here. It's done really good business through town but it's chaos," says Melissa Riggins, an employee at Shell gas station.

And the thing clerks get asked the most by travelers?

"Where's the nearest biggest town that we can go to?" says Van Gundy.

They're happy to point them in the right direction.