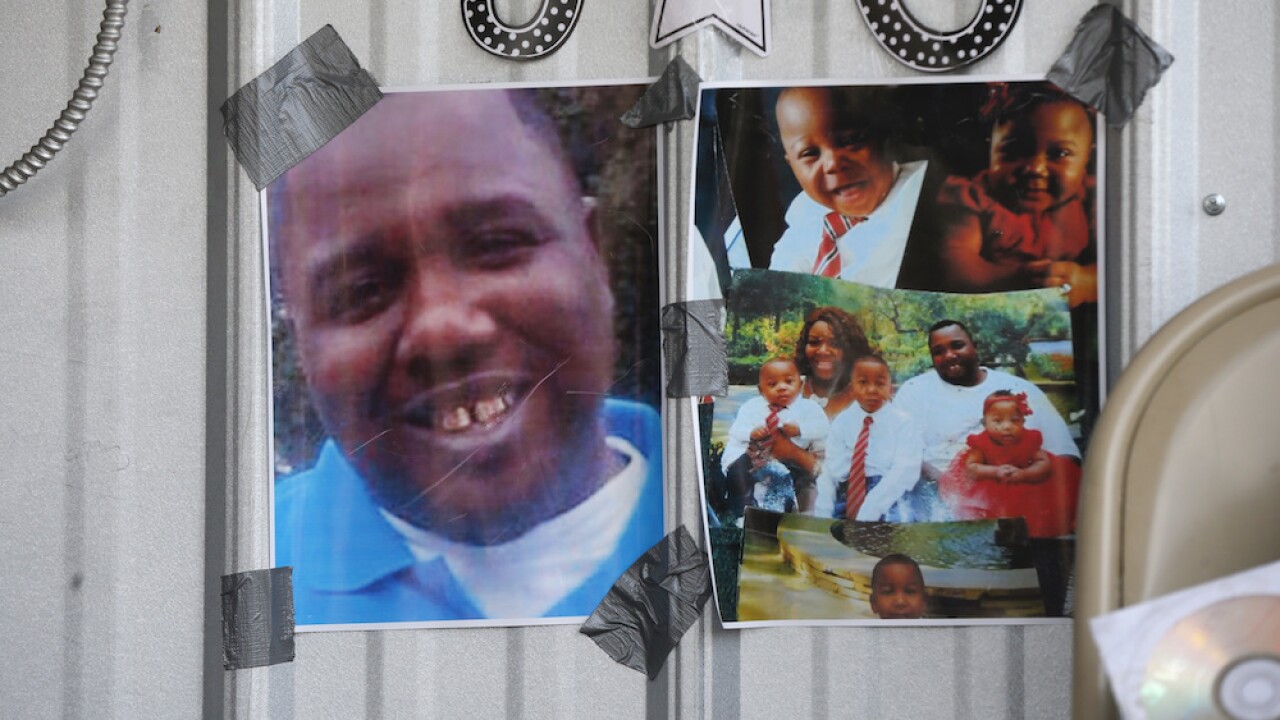 Copyright 2016 The Associated Press. All rights reserved. This material may not be published, broadcast, rewritten or redistribu
Gerald Herbert/AP
FILE - In this July 6, 2016 file photo, photos of Alton Sterling are taped to the wall at a makeshift memorial outside the Triple S convenience store in Baton Rouge, La. Sterling, was shot and killed outside the store where he was selling CDs by Baton Rouge police. On Tuesday, March 27, 2018, Louisiana's attorney general ruled out criminal charges against two white Baton Rouge police officers in the fatal shooting of Sterling. (AP Photo/Gerald Herbert, File)

BATON ROUGE, La. — The governing council in Baton Rouge, Louisiana, has again rejected a proposed $5 million settlement in a lawsuit over the death of Alton Sterling, a Black man fatally shot by a white police officer in 2016.

It was the council's third rejection of a possible settlement, and it makes a March 2021 trial more likely in the wrongful death lawsuit filed on behalf of Sterling's five children.

Sterling was shot six times on July 5, 2016, in a confrontation with police that was recorded on two cellphone videos and widely seen online.