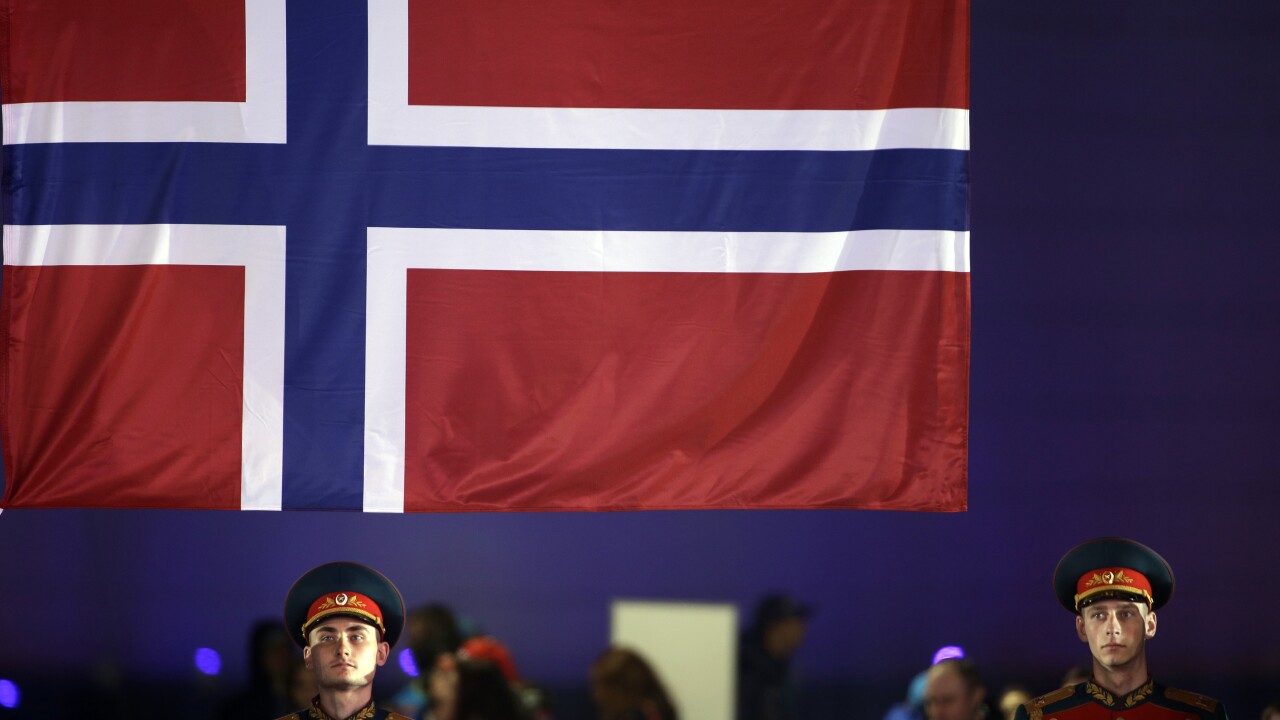 David Goldman/AP
Russian soldiers stand under a Norwegian flag during the medals ceremony for the men's cross-country sprint at the 2014 Winter Olympics, Wednesday, Feb. 12, 2014, in Sochi, Russia. (AP Photo/David Goldman)

As Americans debate the public display of the Confederate flag, a Norwegian flag was removed recently to avoid confusion.

The Nordic Pineapple, a bed and breakfast in St. Johns, Michigan, usually displays the Norwegian flag, a red flag with blue and white crossed lines, along with an American flag on pillars outside their Civil War-era mansion business.

However, the owners have taken down the flags after getting hate-filled emails and comments from dozens of people who thought the Norwegian flag was the Confederate flag, they told the Lansing State Journal.

"I don’t see it because I grew up with the Norwegian Flag," Kjersten Offenbecker told the Lansing State Journal, "To me they are two distinct flags."

The couple, who has two Black children, said they are have done their best to help their children navigate racism in America and the aftermath of George Floyd’s death in Minneapolis, according to the Associated Press.