BLM murals being defaced across US, communities trying to deal with fallout

Martinez, California made headlines when an incident was recorded

BLM murals being defaced across US 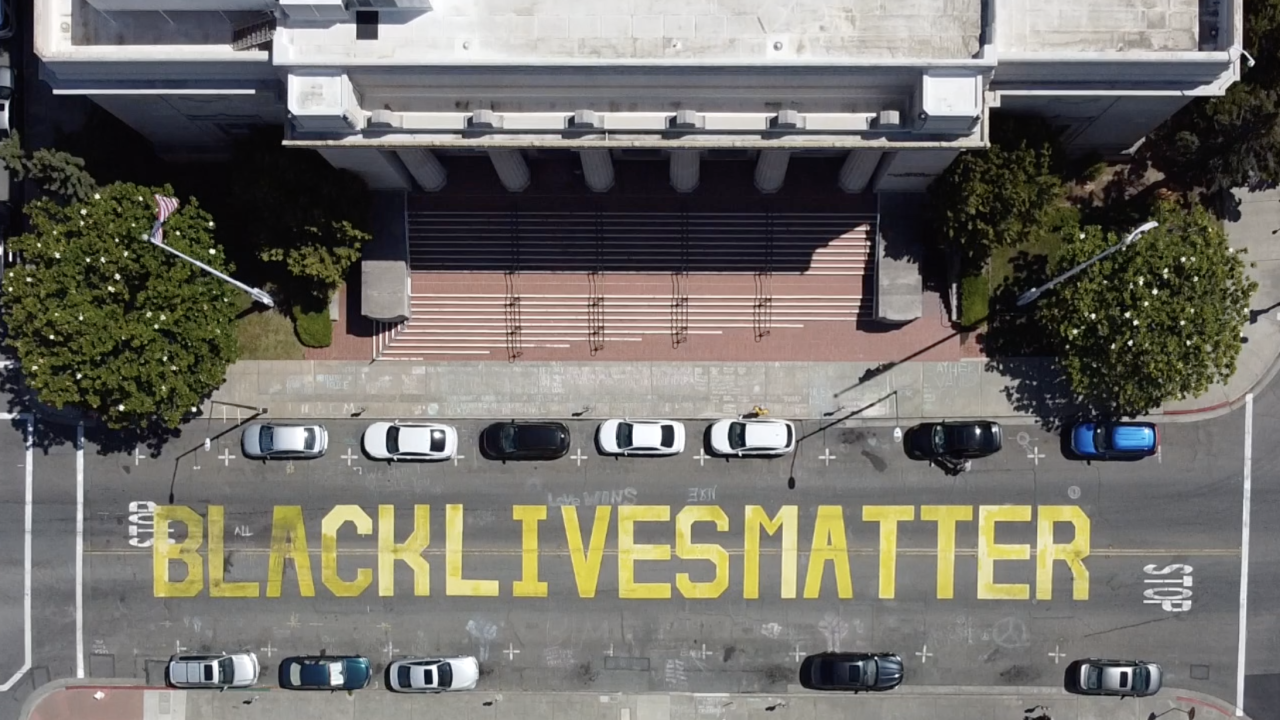 MARTINEZ, Calif. – Until recently, not many people had heard about Martinez, a small town east of San Francisco. That is, until a Black Lives Matter mural was vandalized.

“We’re really just fighting for our black community members here in Martinez and across the country, to be able to exist in America and globally, without fear,” said Justin Gomez, a community organizer in the California town. “We weren’t surprised that it got vandalized, we were more so just shocked at how brazen it was.”

“I hadn’t even taken off my paint clothes,” said Tati Rae, who helped paint the mural.

It was only up for a couple of hours before two people were accused of trying to vandalize it.

“This is just kind of a microcosm of everything that’s happening in this country around racism and white supremacy and we got to see that play out right here in our own community,” said Gomez.

Nichole Anderson and David Nelson were arrested, accused of painting over the mural. They were charged with multiple misdemeanor counts, including a hate crime charge.

Nuru Dennis runs 365 Diversity which teaches antiracism to school districts, corporations, hospitals and more. She believes some white people become emotional when people say Black lives matter because, “This country is founded on white dominance, and anything that challenges white dominance is silenced, threatened, even murdered.”

One business had its windows boarded it up and anti-BLM messages painted on the plywood. We asked the business owner about it.

“Well number one, if you know the history of this Black Lives Matter thing, it’s basically a socialist move and I really don’t care for socialism,” said Charles Martin, a business owner in Martinez.

Others we talked to say racism in Martinez is real and that’s why they painted the mural.

“What is political about saying Black people shouldn’t be killed for no reason?” asked Rae.

“Our predominantly white population doesn’t feel like it’s an issue, but that’s because they haven’t experienced this town in the way that community members of color have," said Gomez.

Recently, a Black Lives Matter mural in New York City was vandalized as well. This is nothing new for Kimya.

“I want Americans to stop acting shocked by this stuff. I’m not surprised when white people think it’s a good idea to vandalize Black Lives Matter symbols. It’s a representation of what this country is founded on,” said Nuru Dennis.

But for Gomez, it’s an opportunity.

“I think right now this is an opportunity for our town to be a model for predominantly white, smaller communities across the country, to show we don’t get a pass just because we have a less than 4% black population. Just because we’re predominantly white and we haven’t seen these issues and the way that they play out in big cities, we all need to come together, and we need to be a part of this system of change.”