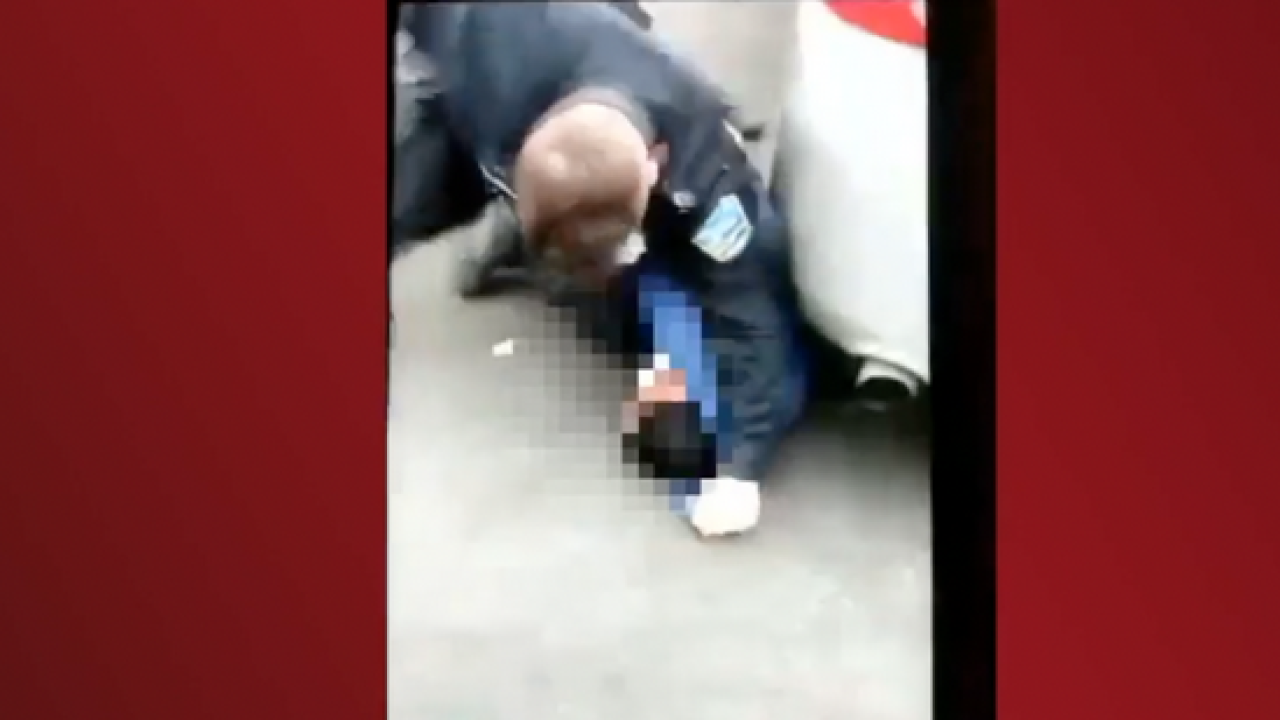 BUFFALO, N.Y. — A Buffalo man seen in cell phone video being punched in the head repeatedly by a Buffalo police officer plans to sue the city, the police department, the police commissioner and both officers involved in his arrest.

An attorney representing Quentin Suttles, 30, has filed a notice of claim in State Supreme Court. Suttles claims Buffalo Police Officers Ronald Ammerman and Michael Scheu used excessive force when they pulled him over and arrested him on May 10.

The arrest, which was recorded on a bystander's cell phone video and police body cameras, shows one of the officers punching Suttles in the head repeatedly while he is on the ground.

The claim also accuses the city, the police department and Buffalo Police Commissioner Byron Lockwood of not providing officers with proper use of force training and not providing adequate supervision of their actions.

According to the claim, Ammerman and Scheu followed Suttles' vehicle for several minutes and pulled him over after he "committed a minor traffic offense." Police said Suttles was going the wrong way down a one-way street.

During a search of Suttles after he stepped out of his car, the claim states the officers "had engaged in prolonged grabbing of his genitals while finding no contraband. The officers...then grabbed his hands and while throwing him to the ground advised that his hands need to be out of his pockets...while his hands were either against the car, or being held by the officers."

Suttles' attorney said when a bystander recording the altercation asked why they were punching Suttles in the head, the officers responded by saying they were saving his life because he was trying to eat drugs.

The claim also accuses the officers of not seeking medical treatment for Suttles until the following day, despite the fact that he suffered serious injuries.

The police report from the incident states that officers noticed a strong odor of marijuana coming from Suttles' vehicle after pulling him over for driving the wrong way.

"While conducting a pat down, searched defendant did push off vehicle and fight with officers," the police report states. "Defendant continued to fight and reach in his pants, ignoring officers command to stop resisting."

In an attempt to handcuff Suttles, police say he was taken down to the ground. In May, a police source said that Suttles had drugs on him and tried to destroy the drugs while officers were handcuffing him.

"You're making this hard on yourself," another officer says in the video.

The Erie County District Attorney's Office is investigating the incident.

Both officers remain on duty with the Buffalo Police Department.

The lawsuit comes weeks after a 75-year-old protester was shoved to the ground by Buffalo police officers while peacefully demonstrating against police brutality after curfew. Those two officers have been charged with felony assault.

This story was originally published by WKBW in Buffalo.