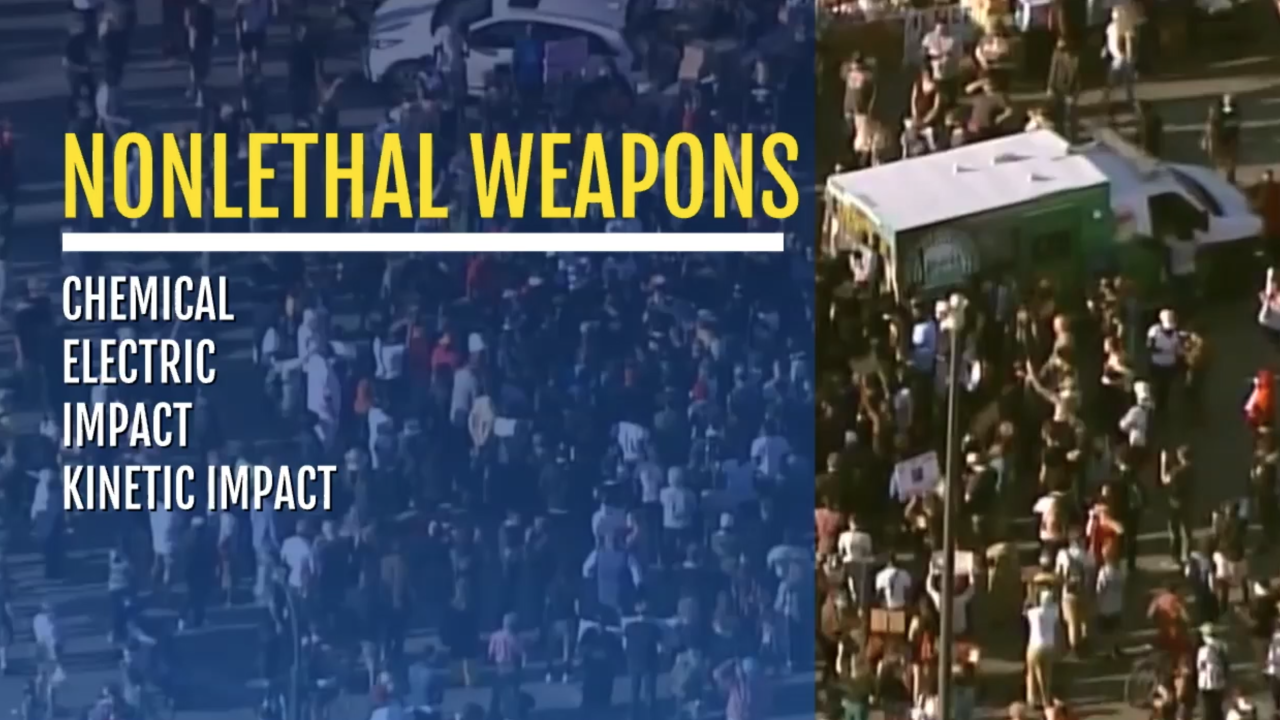 Bruises, loss of vision or the loss of an eye – injuries during protests have drawn more attention to what police call "non-lethal" tools.

An expert tells us there are certain categories: Chemical weapons like tear gas, electric devices like Tasers, impact weapons like batons, and kinetic impact munitions, meaning any fire projectiles, including bean bag rounds.

“You tend to see grenade launchers being used in crowd control, more than anything else,” said Charlie Mesloh, a professor of criminal justice at Northern Michigan University. “Also, you're going to see shotguns only because they're plentiful and they're, you know, they're accurate.”

Mesloh is also a former officer who has conducted research on these weapons. He says what many people have started calling “rubber bullets” are actually skip-fired munitions. Those are the most concerning to him because they're less predictable.

Skip-fired munitions are typically shot out of a grenade launcher with a few rounds inside. They're meant to be bounced off the ground to cut down on some of the sting.

Mesloh says that after looking at pictures of injuries, he thinks some are being fired directly at people.

“There are some problems and with how these are being used, some of them might be training,” said Mesloh. “Some of them also could be more environmental. They're like, they're wearing a gas mask and they can't see.”

Mesloh says there's no reason police should ever be shooting someone in the head, unless they're trying to kill them.