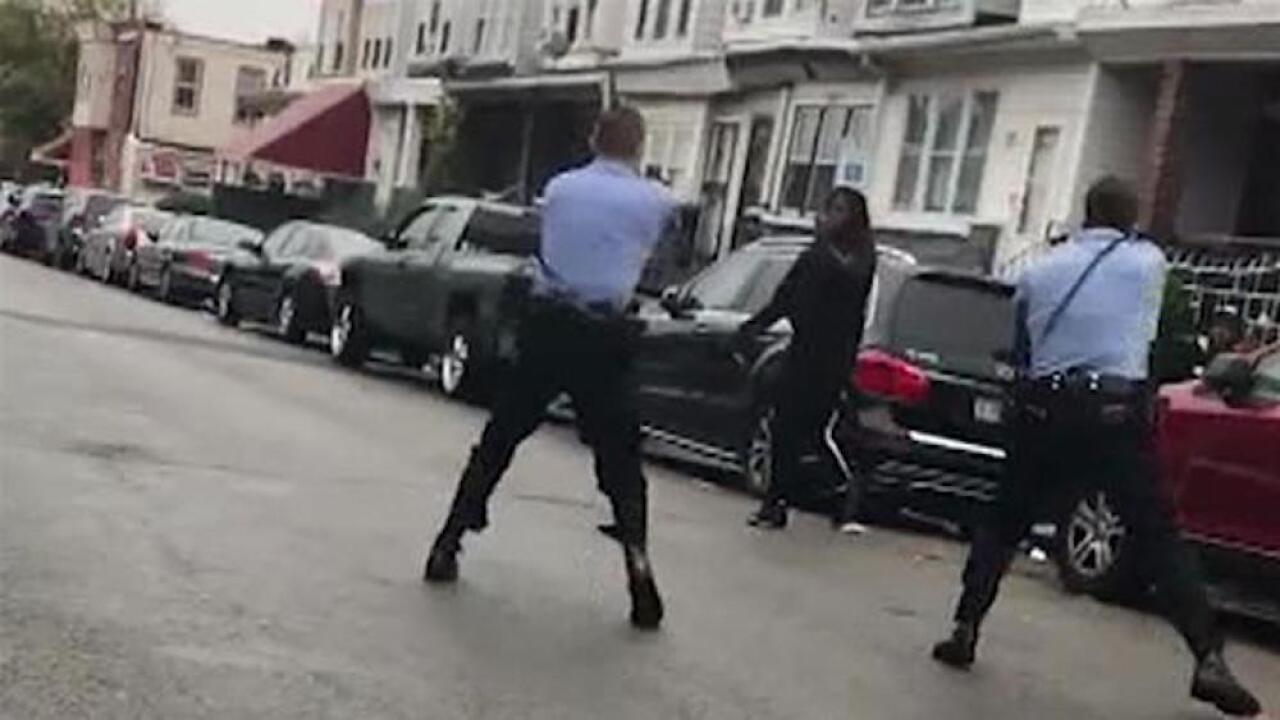 Police fatally shot 27-year-old Walter Wallace, who was armed with a knife, during a confrontation on Oct. 26, 2020. Wallace's death prompted unrest in the city that evening.

PHILADELPHIA — Police shot and killed a 27-year-old Black man on a Philadelphia street after yelling at him to drop his knife, sparking violent protests that police said injured 30 officers and led to dozens of arrests.

The shooting occurred Monday afternoon as officers responded to a call for a person with a weapon.

Video of the fatal confrontation posted on social media shows officers pointing their guns at the man, later identified as Walter Wallace, 27.

He walks toward the officers as they back away from him in the street, guns still aimed at him. Both officers then fired several times.

One of the officers transported Wallace to a local hospital, where he later was pronounced dead.

According to the Philadelphia Inquirer, both officers were wearing body cameras at the time of the shooting.

Wallace's father, Walter Wallace Sr., told the Inquirer that his son suffered from "mental issues" and that police should not have resorted to gunfire.

“Why didn’t they use a Taser? His mother was trying to defuse the situation,” Wallace Sr. told the Inquirer.

Philadelphia Mayor Jim Kenney said on Monday that video of the shooting raised "difficult questions," according to CNN. CNN also reports that Philadelphia Police Commissioner Danielle Outlaw has directed a police-controlled unit on officer-involved shootings to open an investigation.

"I have directed the Officer Involved Shooting Investigation Unit to begin its investigation," Outlaw said in a statement. "I recognize that the video of the incident raises many questions. Residents have my assurance that those questions will be fully addressed by the investigation."

Hundreds of people took to the streets to protest the shooting late Monday into early Tuesday. The Inquirer reports that one officer was hospitalized but in stable condition after suffering a broken leg after being hit by a pickup truck. Another 29 officers suffered "minor" injuries after being struck by rocks, bricks and other projectiles.

At least one police car was destroyed when it was set on fire, and another six cruisers were vandalized.