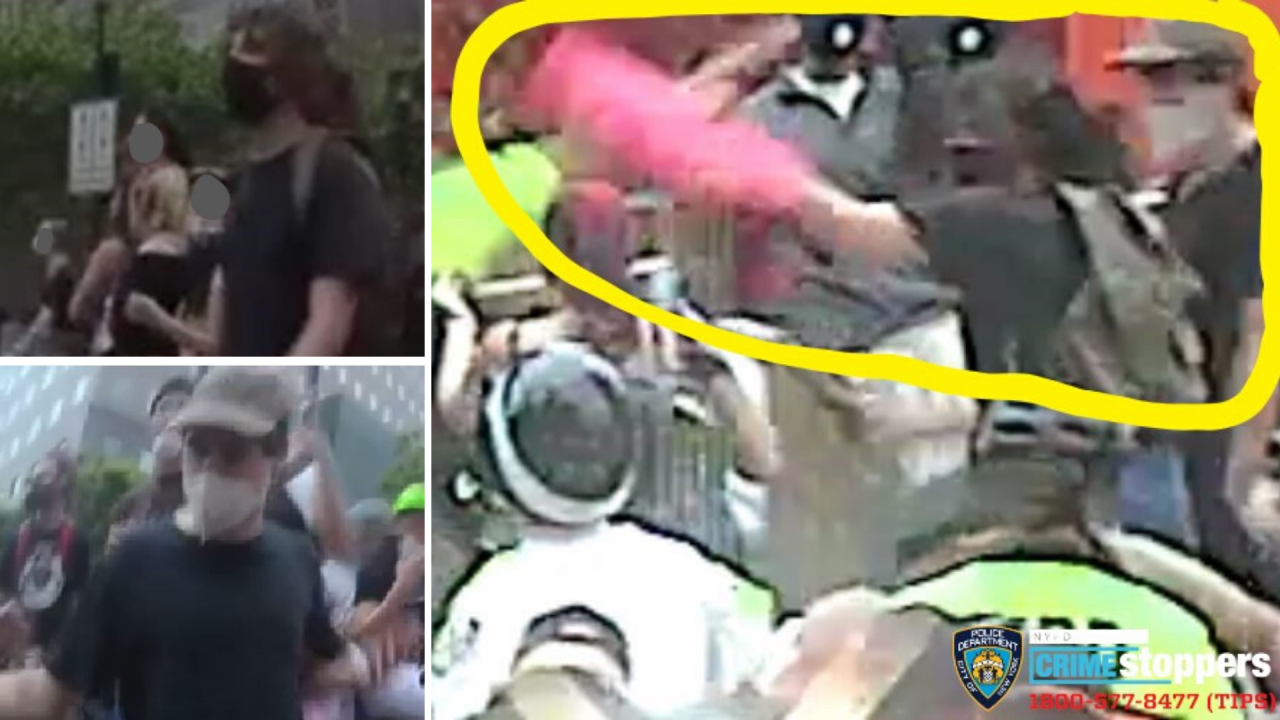 Pictures released from the May 28 attack at Albany Street and West Avenue show two men accused in the attack. One man pushed the 37-year-old officer to the ground and punched him in the face.

The second man repeatedly struck the officer with his skateboard.

Police said the officer was treated for a bloody nose along with bruising and pain to the head and shoulder.

The NYPD has asked for help identifying the suspects.

This article was written by Aliza Chasan for WPIX.