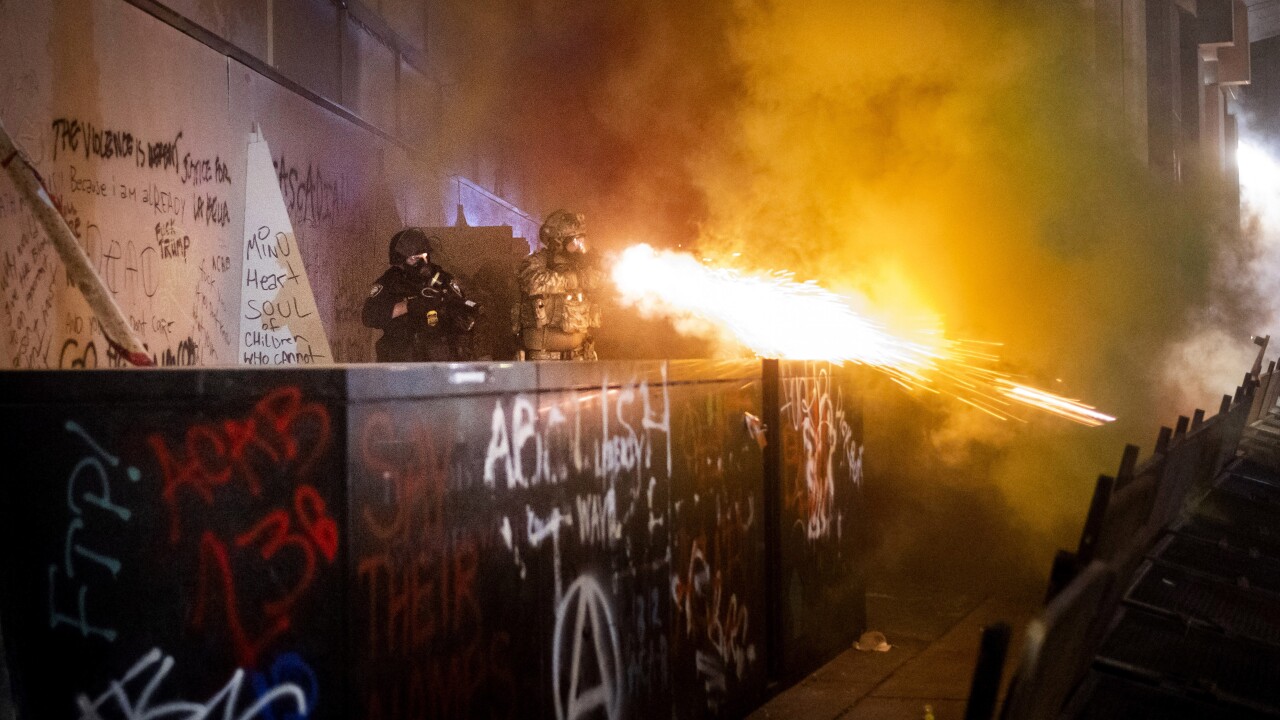 PORTLAND, Ore. (AP) — Portland police are describing in detail another night of conflict between protesters and federal forces outside the U.S. courthouse in Oregon’s largest city.

A department statement says police officers were not involved as federal forces repeatedly came out to disperse a crowd that broke a fence and set a fire outside the federal building.

But city and state officials say they didn't ask for the federal forces to intervene in protests against racial injustice that have gripped Portland for weeks.

These statements come after reports that federal forces are driving around in unmarked vehicles and detaining demonstrators.

Democratic leaders in the U.S. House are asking for federal inspectors general to investigate federal law enforcement involvement in trying to quell nightly protests in Portland, Oregon, and other cities.

The city has seen nearly two months of nightly protests since the killing of George Floyd in Minneapolis.