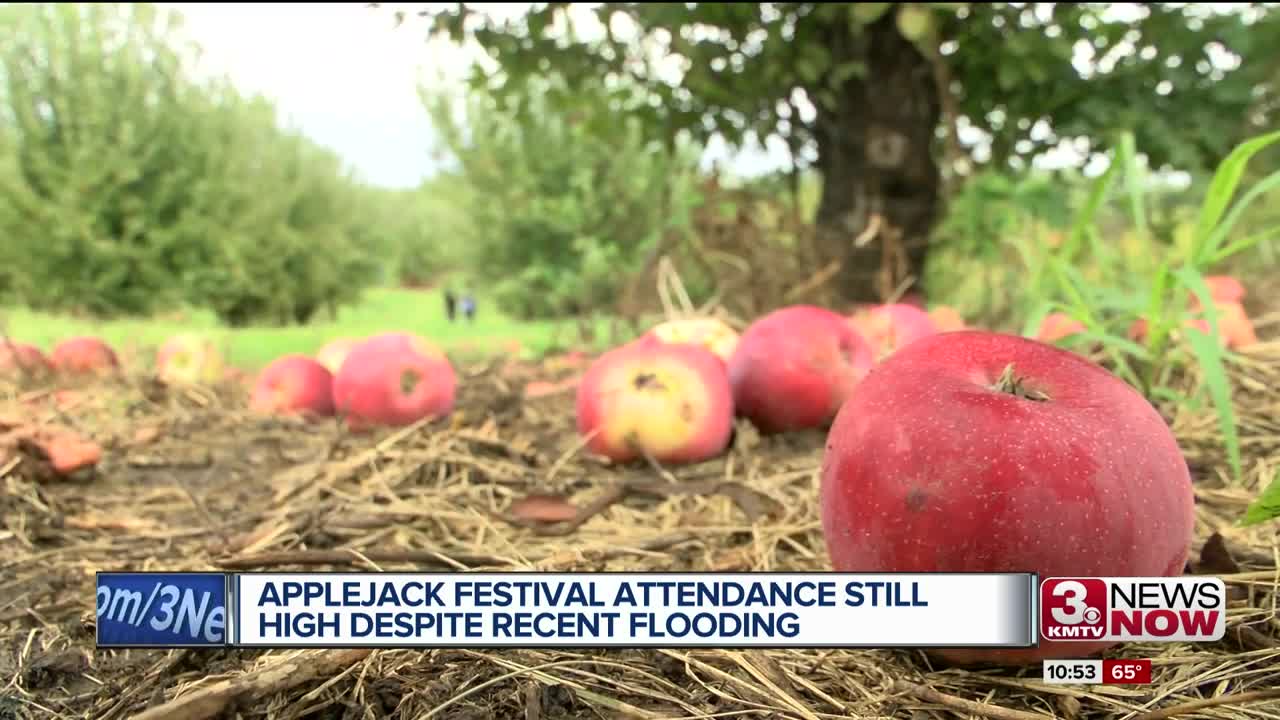 NEBRASKA CITY, Neb. — Nebraska City is home to the annual AppleJack Festival at Kimmel Orchard and Vineyard. The event brings thousands of people every year. But with recent flooding shutting down parts of I-29 and I-680, many were concerned about the attendance and road closures.

"So when we decided to come down to the Apple Jack festival today, my husband had mentioned to me I wonder if we're going to incur any flooding experiences as we're driving down there," Omaha resident and festival goer Courtney Anderson said.

But nothing could stop the festival spirit. And families had minimal problems getting to Nebraska City for the big event.

"We came here last year, we had a blast so we're like just go for it," Council Bluffs resident and festival goer Steven Wilson said.

Festival organizers said the flooding thankfully did not affect business.

"This week it's been good so far to us, it hasn't affected us on this side of the river here in Nebraska City," organizer Tyler Vock said.