Bond set for woman charged in killings of 2 Iowa men 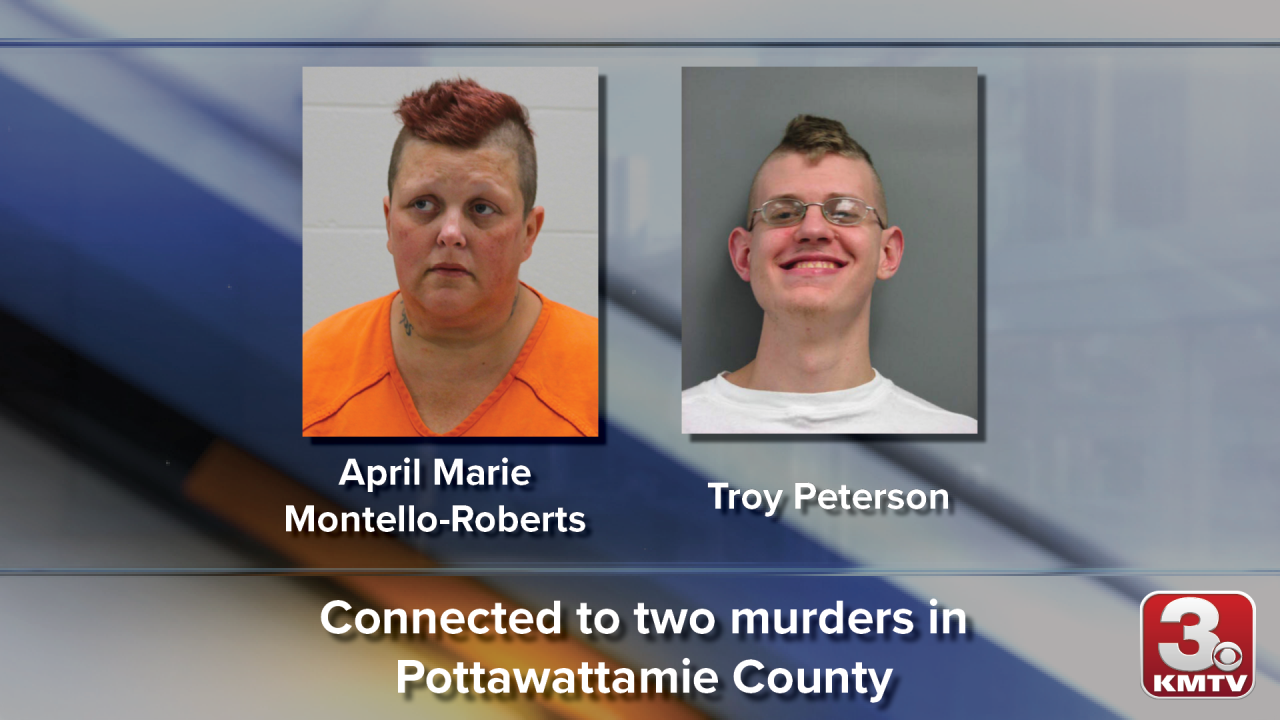 COUNCIL BLUFFS, Iowa (AP) — Bond has been set at $2.2 million for a 44-year-old woman charged in the shooting deaths of two Iowa men.

The Daily Nonpareil reports that a judge set bond for April Montello-Roberts, of Shenandoah, on Friday. She is charged with two counts of first-degree murder, burglary, robbery and two counts of attempted murder of an officer.

Prosecutors say Montello-Roberts was in cahoots with her boyfriend, 28-year-old Troy Petersen, of Essex, in the robbery and killing of 52-year-old Jerrot Clark on Sunday. Police say days later, they fled when a Council Bluffs officer tried to pull over their truck, then randomly approached 51-year-old Steven Carlson’s home with a plan to take a hostage to use as leverage to escape police. Officials say Petersen instead shot and killed Carlson. Authorities say the pair later crashed their truck fleeing from police, and Petersen was shot dead by an officer.

Montello-Roberts has a preliminary hearing set for Friday.