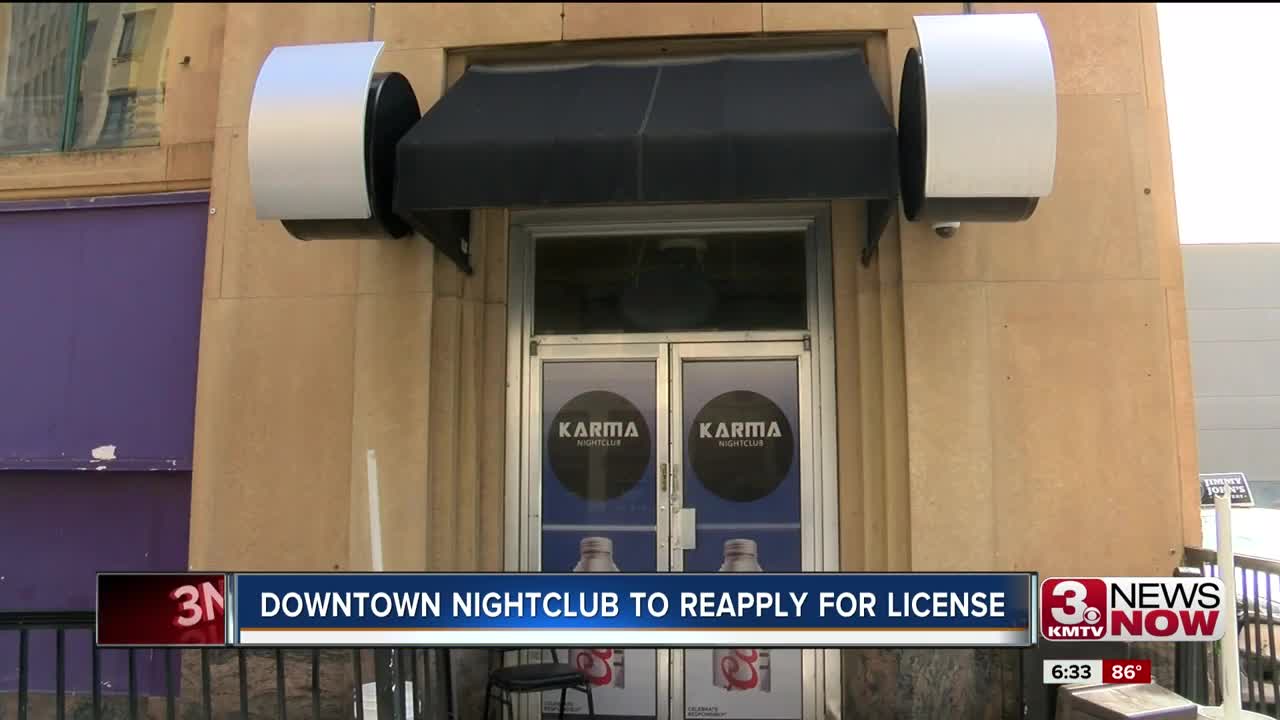 OMAHA, Neb. (KMTV) — Omaha City Council unanimously decided Tuesday to have Club Karma fill out a long-form liquor license instead of getting an automatic renewal.

The city law office detailed four Tavern Reports on the club, 3 involving fights outside the club and another involving the owner finding an employee let 15-20 people drink at the club after hours.

Omaha Police Department Capt. Kathy Gonzalez told the council they've had 5th Tavern Report since April and had to give special attention to the club when they had events.

Bridgette Ziemer, a neighbor of Club Karma, says she can tell the 48 hours that management was changed because of how unpleasant the crowds are these days. She’s considering moving.

"There's a lot of urination going on right outside of our building which is disgusting. you can go out and smell it now even. The violence, and the broken bottles on the ground are a huge concern to me," said neighbor Clare Jennings.

Paul Hyde, Owner of Club Karma at 15th and Farnam St, said at the meeting he wants to be a good neighbor. He added that they’re working on soundproofing the windows and the management company is fixing up the outside.

The council wanted to know why Hyde never showed up for meetings they asked him to previously.

"I think you got caught in at least 4 different fibs today and the more you talked the more you did yourself in," said Council President Chris Jerram.

City Council decided to have the club fill out a long-form liquor license as opposed to give them automatic renewal. Club Karma must do that before returning to City Council to approve or deny a recommendation.

City council unanimously decided to have Club Karma full out a long form liquor license instead of getting an automatic renewal.@3NewsNowOmaha