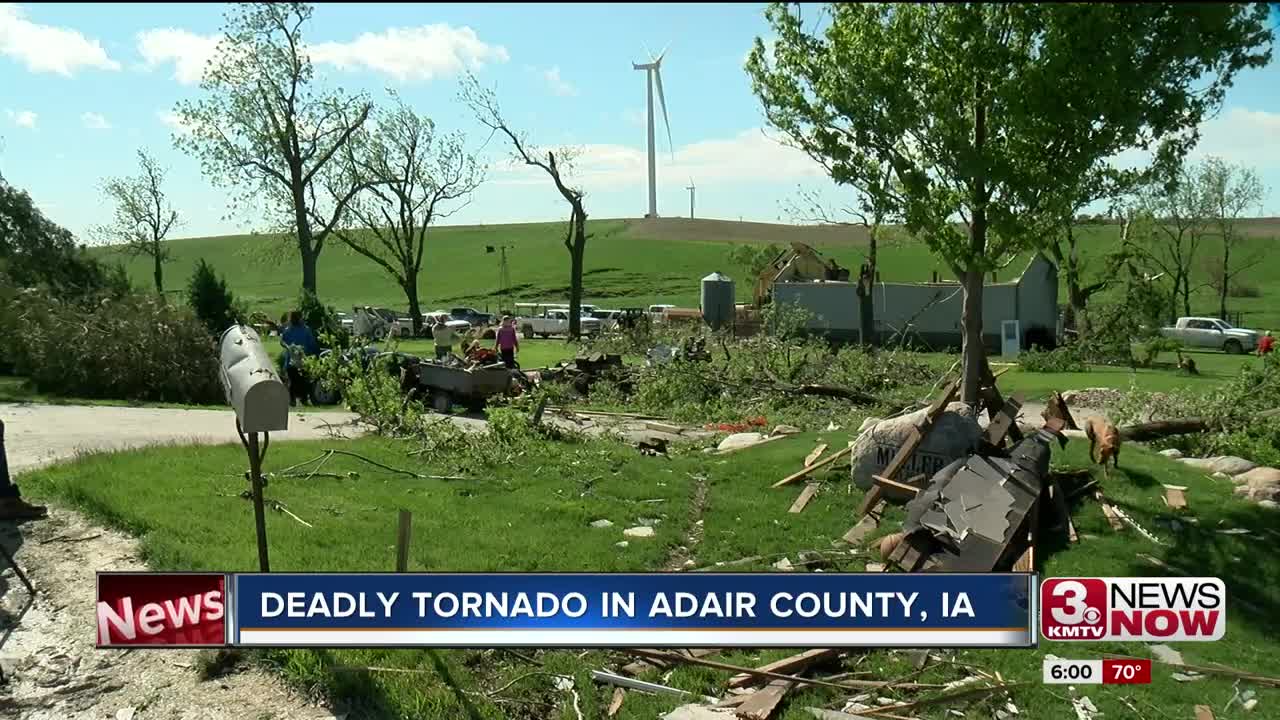 The storm killed one woman, 74-year-old Linda Brownlee, and sent her husband, 78-year-old Harold Brownlee, to the hospital in critical condition.

"Things can be rebuilt, but a loss of life is devastating," said Jeff Johnston, a NWS meteorologist from Des Moines.

What started out as a severe thunderstorm warning turned into an EF-2 tornado that tore through a rural part of Adair County, Iowa around 1:30 this morning.

According to meteorologists with the National Weather Service in Des Moines, it touched down for eight minutes--but left behind broken houses and broken hearts.

"Sad to say, this situation--there wasn't much that could be done," said Robert Kempf, emergency management coordinator for Adair and Guthrie counties.

Seventy-four year old Linda Lee Brownlee died at her house after the roof came off and the walls collapsed in.

Her husband Harold was air-lifted to a Des Moines hospital in critical condition.

Mike Fowle with the National Weather Service in Des Moines says they didn't expect a tornado to touch down early Wednesday considering only five percent of tornadoes form between midnight and 6 a.m.

But they warn everyone should be prepared.

The main question left after this morning's tornado was why sirens and updated warnings didn't go out.

Fowle says it all came down to low confidence and unfavorable conditions for a tornado warning.

The family of Harold and Linda released a statement saying they would like to "thank the Adair County sheriff's office, emergency management, first responders, EMS and Mercy one air ambulance for their quick response."

The last time someone died because of a tornado in Adair County was June of 1953.