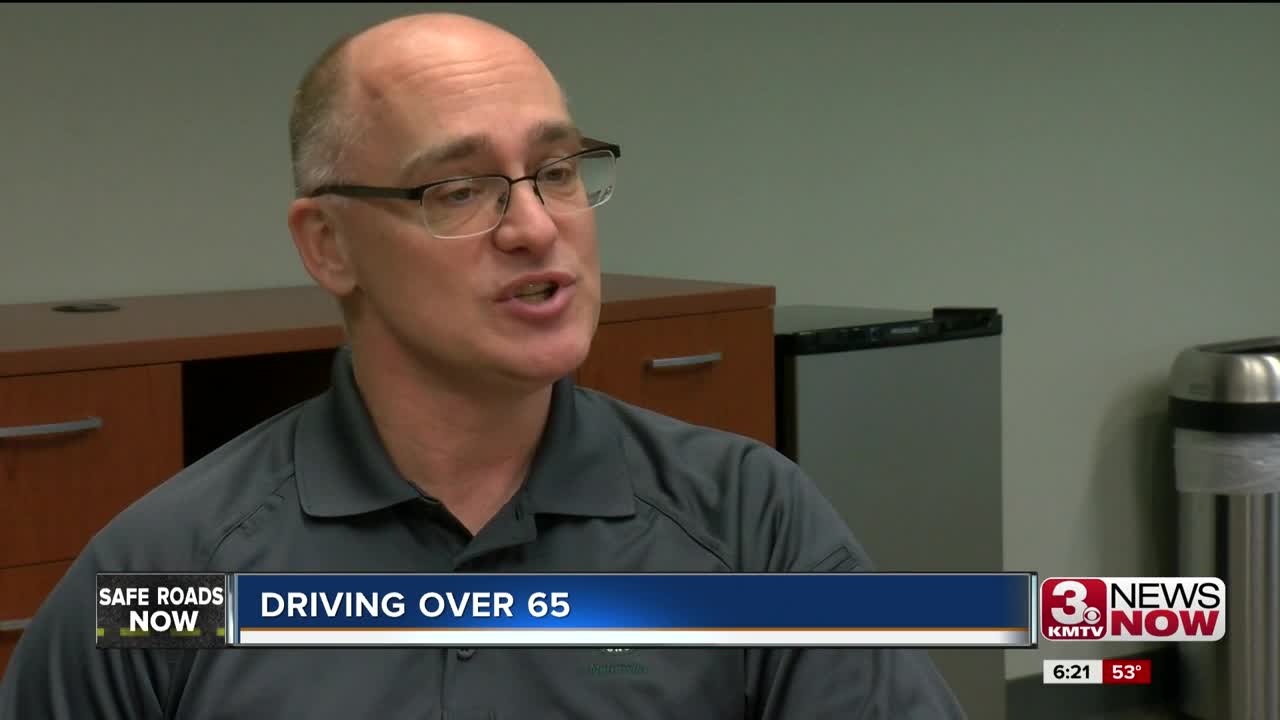 OMAHA, Neb. (KMTV) — When it comes to drivers being safe on the road we may often think those just starting out need to be watched the closest. But some may argue it's those who have been driving the longest we need to pay more attention to; because they can face more challenges when driving on the road.

"I drive almost every day,” said driver, Annette Kelleher. Kelleher has been driving for over five decades, and she claims to have always followed the rules of the road. “I never wanted to get a ticket,” she said.

But now that she's over 65, she follows some rules of her own. “When people are in my car and they are jabbering I say now everyone stop talking I need to focus because these cars are coming from every place and so that is one thing and then I make sure I do not answer my cell phone,” said Kelleher.

“I try to go down Pacific Street about ten after eight, rather than at eight because at eight is when everybody is out, so just that little bit of leeway gives me a little bit less pressure as far as so much traffic,” she said.

Eric Koeppe is the president and CEO of the National Safety Council Nebraska. He said it's common for drivers over 65 to make changes to their driving habits. “Older drivers tend to be fairly safe drivers, they slow down,” Koeppe said.

And that population of drivers is increasing every year. “We have approximately 280,000 older drives in the state being 65 and older, that makes up about 19% of our driving population,” said Koeppe. While they make up 19% of the driving population, they make up 28% of the deaths that occur on the roads." They disproportionately show up in the number of fatalities that we have on the highways and I think a lot of that is their physical ability to withstand the crash,” said Koeppe.

Which is why Kelleher said she always tries to remain focused. “You really need to make sure that if you are driving your reflexes are sharp because it's dangerous out there,” she said. Ultimately, some older drivers lose the independence that comes along with driving. Which can be a hard loss for any older driver. “Driving gives you such a great sense of freedom and I think that is every more mature person's goal is to drive as long as they can,” said Kelleher.

Koeppe said the most important thing to remember for older drivers is to get where you are going safely and distraction free. “Older drivers have the same temptations that all of them have with their cell phones and the technology that's coming into cars,” he said.

But Kelleher said she appreciates any technological help that makes her a safer driver. When I back up it does beep and that's very helpful, but I know the newer ones have even more features, they have the screen and those are things I would look for in my next car," she said.

In Nebraska drivers 70 years and older must renew their driver's license every five years in person at the DMV and are required to take a vision test. And in some cases, take a written knowledge test as well.