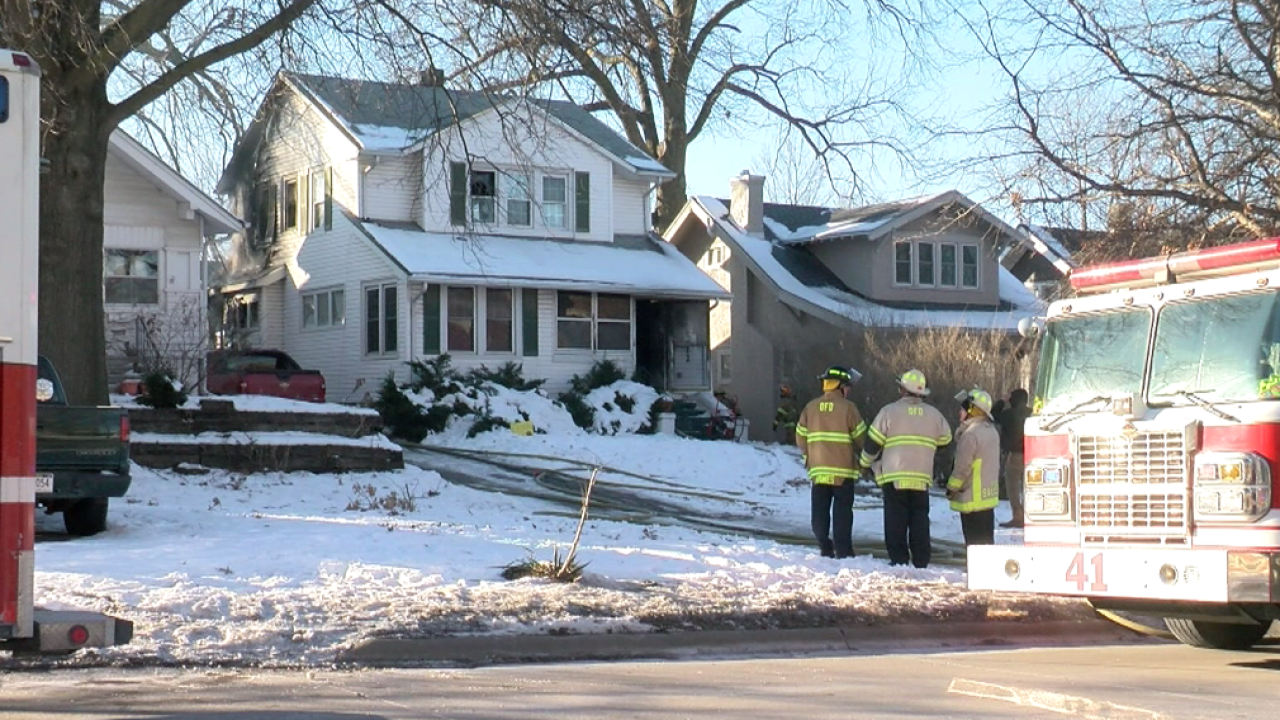 According to the fire investigation report, a stove left unattended caused the fire.
The fire displaced a family and caused $25,000 in structure damage.

Fire crews responded around 3:30 p.m. to an early report of people trapped in the house.
After doing a search, they found no one inside.

Firefighters at the scene say the back of the house caught fire near the second floor.

The Red Cross is now assisting four people. Fortunately, no one was hurt.

The fire department says it brought in extra crews to help relieve firefighters from the cold.