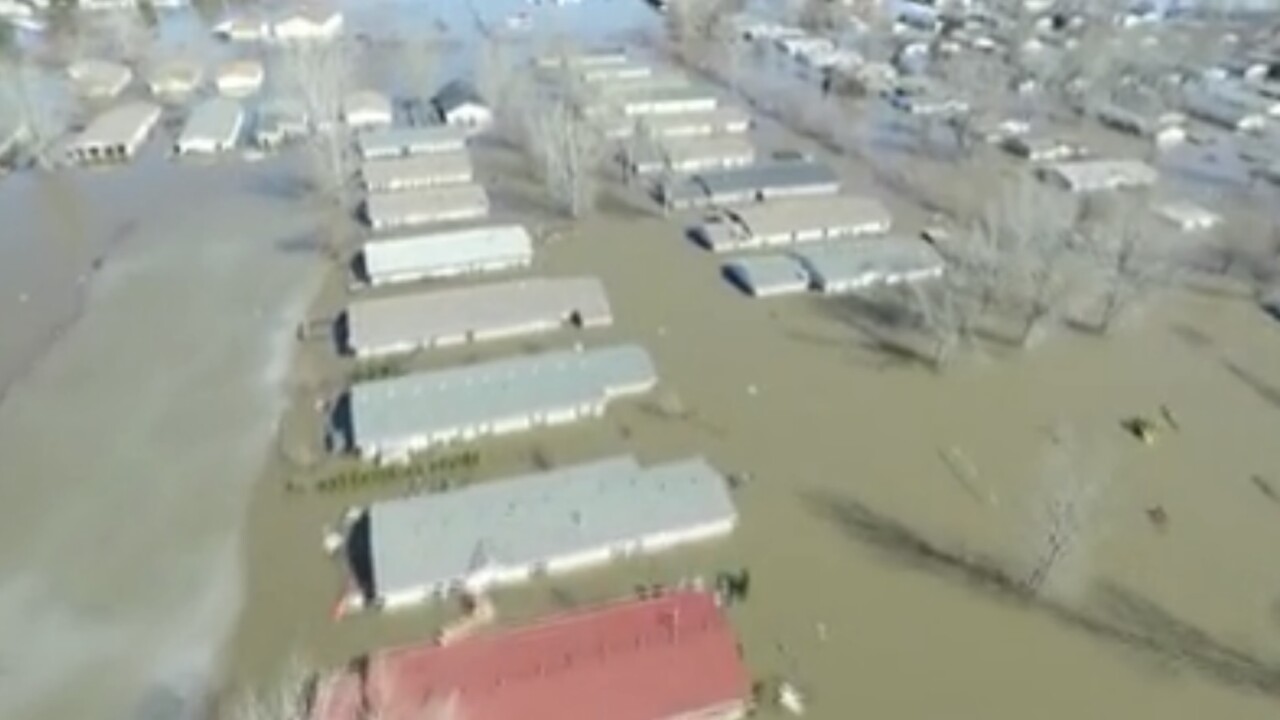 OMAHA, Neb. (AP) — Nearly 600 residences in the eastern Nebraska communities of Bellevue and Fremont have been ruled uninhabitable.

Fremont City Administrator Brian Newton told the Omaha World-Herald that his community has 180 houses red-tagged inside city limits and others outside. He says some have structural problems, and power has been shut off to all of them.

Bellevue City Administrator Jim Ristow says that besides the red-tagged houses, several businesses damaged by the floodwater have yet to be evaluated.

Officials say homeowners can't repair their red-tagged properties until consulting with county officials. If damage exceeds half a house's value, that usually means the house must be raised so it isn't left to flood again.