Lineup & dates announced for Jazz on the Green 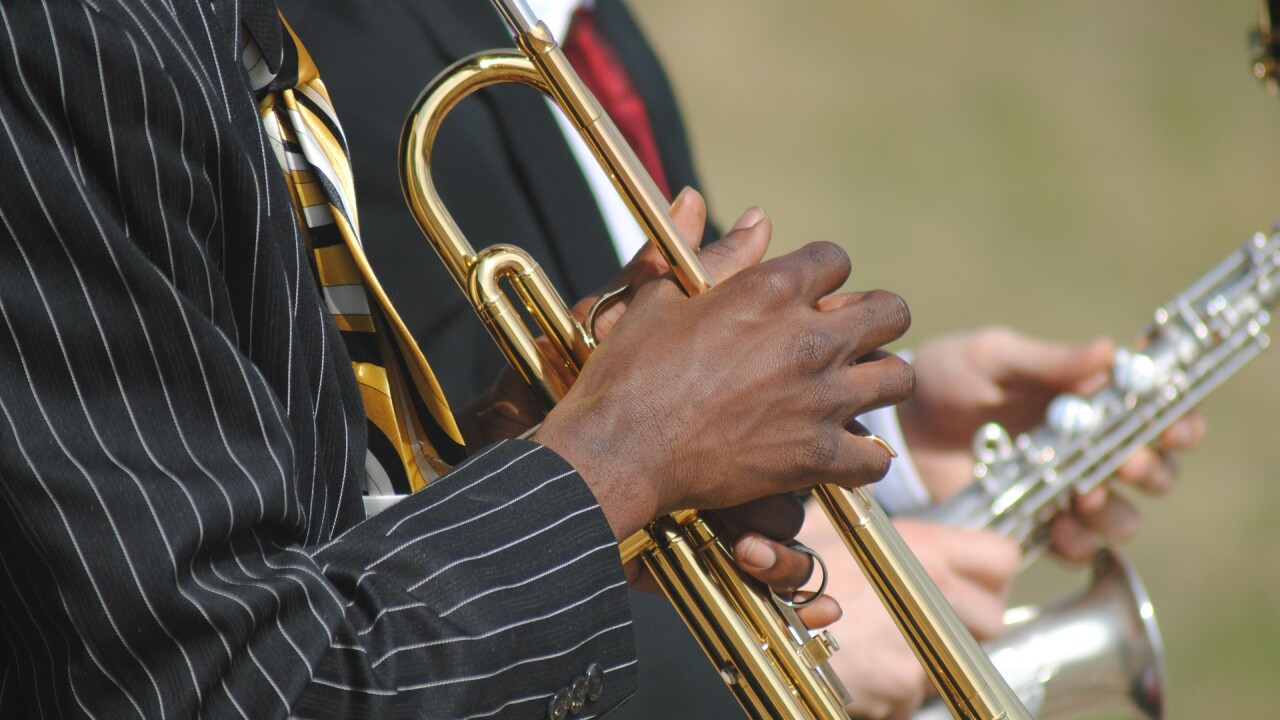 Below are the dates of the concerts and some additional information from Omaha Performing Arts:

Known for a boisterous blend of funk, jazz, rock and hip-hop and a whole lot of Southern charm, Big Sam’s Funky Nation might very well be The Big Easy’s best kept secret. Merging bounce energy and jazzvirtuosity, the band is known for their blend of jazz and hip-hop.

The Original Pinettes Brass Band, the world’s only all-female brass band, brings New Orleans Jazz and hip-hop beats. From a school teacher to the head of a technology department, these ladies have full schedules. Their dream is to travel worldwide and show everyone that music is a universal language.

Paa Kow blends rhythm and artistry from his home with jazz and African roots to build his own Afro-Fusion sound. Paa Kow’s deep groove and prodigious talent reveal a unique ability to speak to listeners with his drums, inspiring a profound spiritual conversation and fulfilling his vision to spread the music and culture of his homeland by touring the world with his Afro-Fusion Orchestra.

Get ready to get down with Big Wade & The Black Swan Theory! Frontman Lewade “Big Wade” Millinar is a pioneer of Nebraska’s soul music scene. The Omaha natives deliver an effortlessly cool blend of R&B, soul, funk and jazz. This group performances include timeless music and fused genres and sounds to provide a unique experience each time.

Omaha’s own Marcos & Sabor brings the heat to Jazz on the Green! The returning fan-favorite mixes bachata, blues, ballads and more into a dance-worthy mix of Latin jazz. A master on the guitar, Marcos Mora, was a co-recipient of the Omaha Entertainment Awards Best Live Ethnic Group. He has shared a stage with some of the best, including legendary new age rock group Mannheim Steamroller. This band’s sizzlin’ sounds will have people of all ages on their feet!

This New Orleans band knows how to get you moving and grooving! Malone is no stranger to performing. She is the daughter of the legendary singer from the Radiators, Dave Malone and Suzy Malone, founding member of the Pfister Sisters. The band delivers a unique blend of blues, rock and alternative music.

Opening artists to be announced

All Jazz on the Green at Midtown Crossing concerts are free to the public. No reservations or tickets needed. The circular area of Turner Park with a direct view of the stage opens at 5:00 PM each week. Blankets and chairs are welcomed. Midtown Crossing restaurants will offer grilled foods, concessions and beverages each week. Beer, wine and champagne are allowed in Turner Park. Hard liquor is not permitted. Leashed pets are allowed.

There are two parking garages, easily accessible from Farnam Street, Harney Street, Dodge Street and 33rd Street. For Jazz on the Green event days only, garage parking is free from 5-11 PM.

Mutual of Omaha will have its surface lots and parking garage open to the public for free beginning at 5 PM. Mutual of Omaha’s surface lots are located at 36th and Dodge Streets; between 35th Avenue and 34th Street off of Dodge; and at 35th and Farnam streets. The parking garage is accessible from 35th Avenue between Dodge and Farnam streets. Metered Parking is also available.

Pre-show entertainment starts at 6:30 p.m. and the main performance begins at 7:30 p.m.