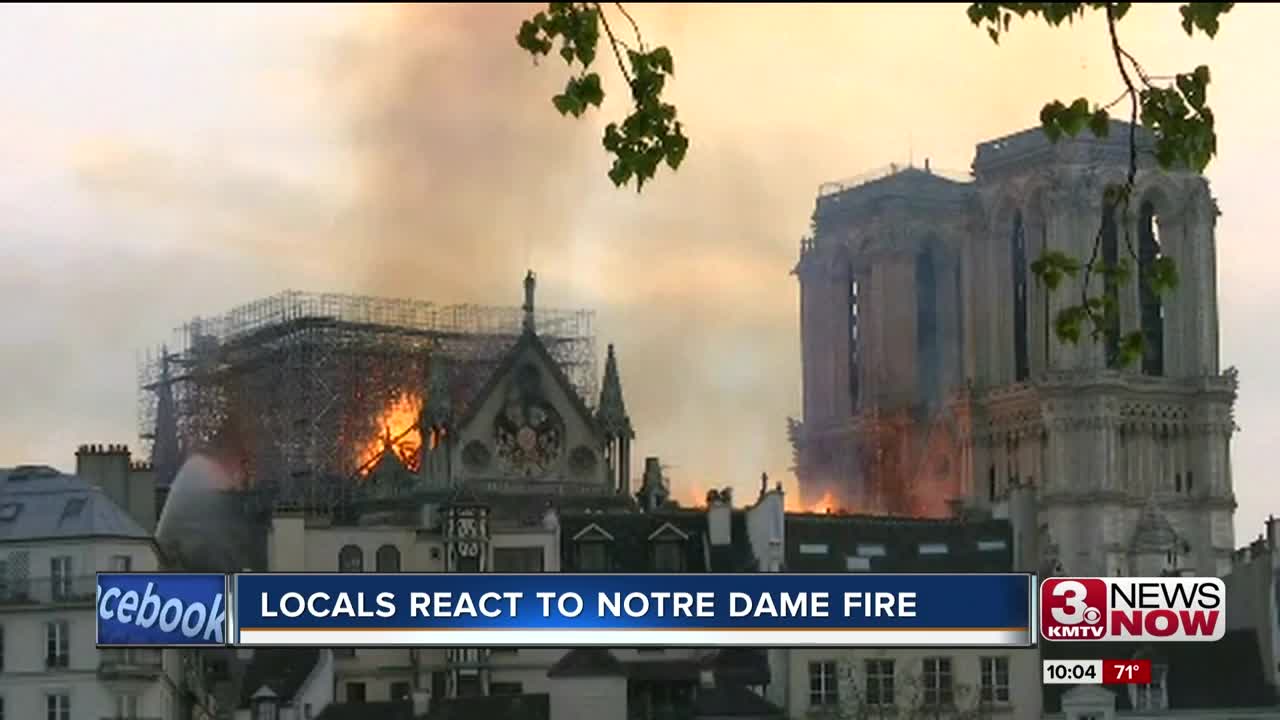 OMAHA, Neb. (KMTV) — Whether you're Catholic, French or just an admirer of the artistry, spirituality and culture that bleeds out of the building, the fire at Notre Dame is a significant loss even if the building can be salvaged.

"It's more than about France, it's really a western civilization, culture, kind of entity," says Brother William Woeger, Archdiocese of Omaha.

One of the most iconic and well known structures in the world burned Monday.

Known for its spire, flying buttresses, rose stained glass windows and even the gargoyles protecting the facade, the church meant a lot to so many.

"It's the most famous cathedral in France, i mean many cathedrals were called Notre Dame, which means our lady, of different cities. but Notre Dame de Paris is the icon, the main one," says former Creighton French professor, Jan Lund.

"I think seeing the spire fall just broke my heart because it's so well known, it's so symbolic and it just toppled, that was horrible,” says Lund.

Brother William Woeger with the Archdiocese of Omaha is an expert of cathedral architecture. He says it's a perfect example of gothic architecture of the medieval age.

"Architecture is powerful, or it can be. And that's a place that has the power to move,” says Woeger.

While the Paris ire is being investigated as an accident, without prompting, both Lund and Woeger compared it to an American tragedy.

"It hit me like 9/11 hit me, watching the twin towers burn, it's as iconic a landmark to them as it was to us,” says Lund.

Notre Dame isn't just known for its architecture, but also it's priceless work of art and relics. Woeger says it's something they've adopted at St.Cecilia Cathedral in Omaha, where they have a cultural center next door.

"It served the community. And it's a center for the arts and the humanities, and so forth. All of that is derived out of the medieval model of the cathedral of the center of culture, so it hits close to home."