Nebraska Department of Agriculture confirms case of VS in horse 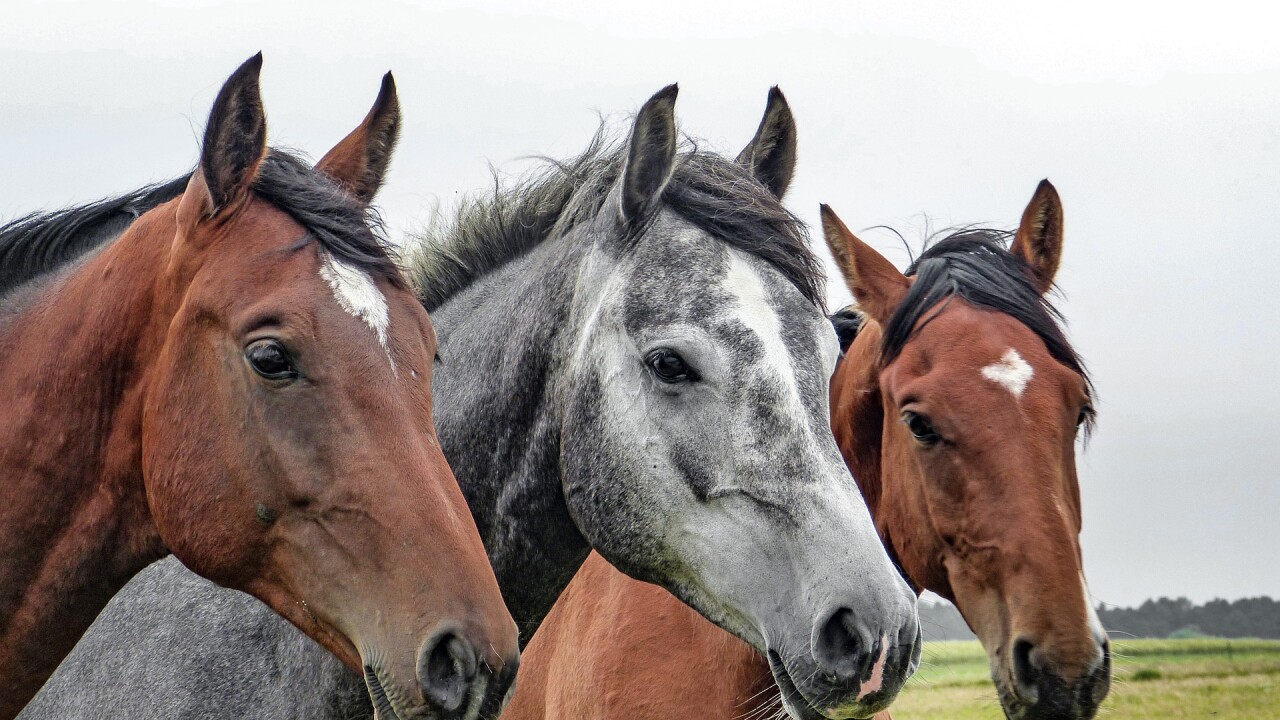 LINCOLN COUNTY, Neb. (KMTV) — The Nebraska Department of Agriculture (NDA) has confirmed a case of Vesicular Stomatitis (VS) in a Lincoln County horse.

The disease is characterized by a fever and blister-like lesions that form in the mouth and on the dental pad, tongue, lips, nostrils, hooves and teats. When the blisters break, there's normally salivation and nasal discharge.

NDA says as a result of the painful lesions, infected animals might refuse to eat or drink which can result in weight loss.

VS affects mostly horses and cattle but can also impact sheep, goats and swine. The virus is primarily transmitted through bites of infected insects or midges, so NDA suggests that animal owners consider treatments to reduce flies and other insects in quarters where animals are housed.

The disease is also spread by nose-to-nose contact between animals. There are currently no USDA-approved vaccinations for VS.

NDA has quarantined the livestock on the affected farm, which will remain under quarantine for at least 14 days after the onset of lesions in the last affected animal on the farm.

“Protecting the health and safety of Nebraska’s animals is of the utmost importance in the state,” said State Veterinarian Dr. Dennis Hughes. “Unfortunately, based on VS confirmations in other states and transmission patterns, it was not unexpected to see this disease show up in Nebraska. We want horse and cattle owners to be aware and consider taking precautions, particularly with animals that may be comingling with other animals at events over the next several months especially now that we know the disease is in Nebraska."

Nebraska hasn't seen a case of VS since 2015. To help prevent the spread of the disease in the state, Nebraska has placed import restrictions for livestock coming into the state from other states with confirmed VS cases.

If you're considering moving an animal into Nebraska from an affected state, NDA says to call 402-471-2351 to learn more about the importation order.

“The VS virus itself usually runs its course in five to seven days, and it can take up to an additional seven days for that infected animal to recover from the symptoms,” said Hughes. “Freezing temperatures kill the insects that spread the virus, so, until cold weather moves in, VS will continue to be a threat."