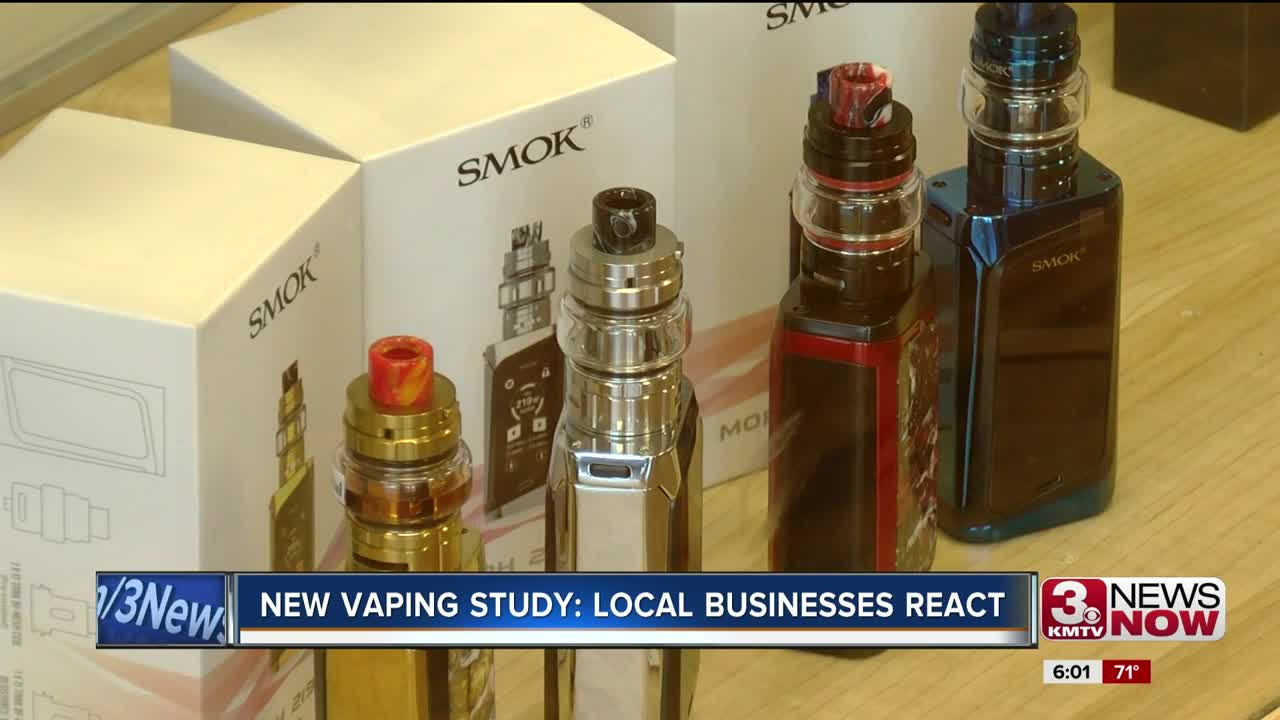 OMAHA, Neb. (KMTV) — A study from NYU released Monday found vaping caused lung cancer in mice. This is the latest in a long line of bad press for the vaping industry.

Curtis Thompson has been an employee of Alohma Electronic Cigarettes for the last five years.

“I loved the company,” said Thompson.

Following a steep decline in sales over the last few weeks, Aloma shut down eight stores and laid off 51 employees… including Thompson.

“I got notified that they were cutting my position and they would let me keep working,” said Thompson.

Sam Salaymeh is Alohma's owner… and a believer in e-cigs.

“I have dedicated my life to this,” said Salaymeh. “It has been a very tough period of time.”

An avid bookworm and researcher on the subject, Salaymeh said this newest study has its flaws, such as the levels of nicotine used on the mice.

“Historically, we're in the industry that's been going lower and lower on nicotine and that is our objective,” said Salaymeh.

"It’s too early to say that they definitely cause cancer in human beings, but these findings are definitely concerning that it may not be as safe as previously thought," said Dr. Apar Ganti, a lung cancer specialist at UNMC. “Even if you ignore cancer--for which there's not full evidence today, there are other instances and other diseases where vaping is shown to cause in humans."

Salaymeh would be the first to tell you vaping isn't for first-time smokers or teens. He thinks of it as a means to stop cigarette addiction.

“Vaping is a harm-reduction strategy,” said Salaymeh. “It is a solution for a smoker to go away from combustible tobacco and to get their nicotine without the tar.”

For now, Thompson is helping out at the shop until he starts his new job in IT. The vaping industry is changing--his termination is one of its first byproducts.

“I'm nervous, I'm upset that it's happened,” said Thompson. “This company is like a family to me and it helped me quit smoking and I truly never felt better.”