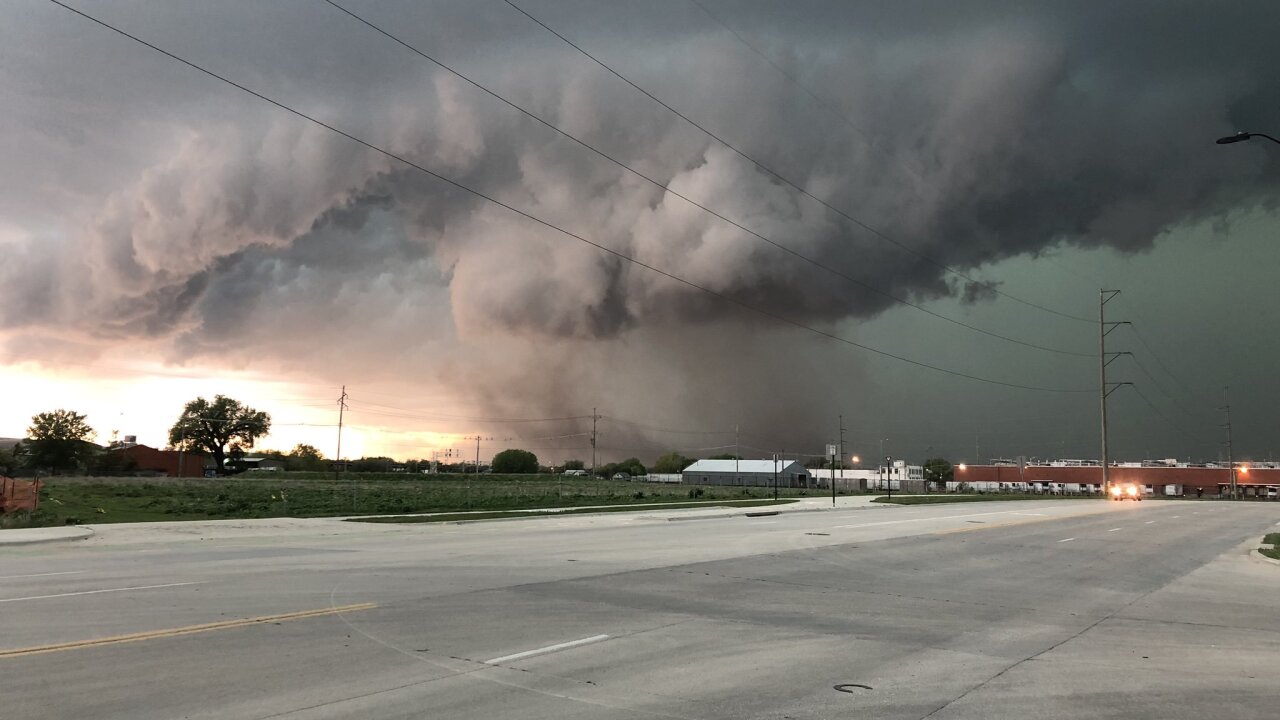 LINCOLN, Neb. (KMTV) — A survey team with the National Weather Service confirmed an EF-2 tornado touchdown on the west side of Lincoln during Sunday's storms.

The tornado developed around 5:38 p.m. with a length of 0.5 miles and width of 200 yards. The peak wind is estimated at 120 mph, a report from NWS says, classifying the tornado as an E-F2. The tornado ended around 5:40 p.m., damaging homes, an ice-cream shop, destroying sheds and snapping trees along its narrow path.

Significant wind damage was also noted. The tornado developed within a large supercell thunderstorm, which also produced the strong winds.