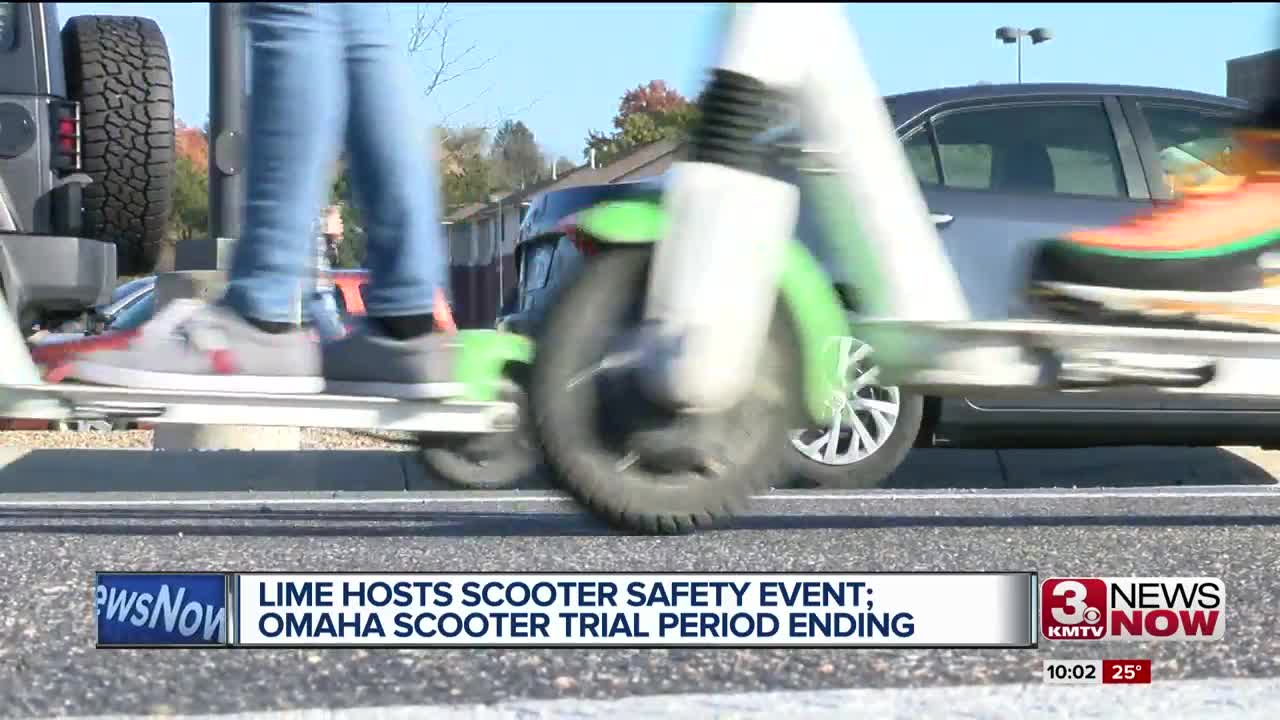 OMAHA, Neb. — You see them buzzing by and parked around town. Lime and Spin scooters have been in the Omaha area for abut six months. But as the six-month trial period comes to an end, Lime is reminding everyone of rules and regulations.

Lime hosted its first ride event in Omaha on Thursday. People had the chance to hop on the scooters for free and keep helmets provided by the company.

The scooters are relatively new to the area.

"I would say about probably about 90% of us had never ridden an electric scooter until they came," Lime lead operations specialist for Omaha Jakahi Gregory said.

Lime representatives say they've been happy to serve the people of Omaha.

But they know that the scooters have been involved in debate. People either love them or hate them.

"I think the people who haven't enjoyed them, it's just a matter of proper etiquette with parking and then obviously making sure that people are riding them appropriately," Skrovina said.

One of the issues has been underage driving which mid-pilot program, the companies and city officials noticed,and it then became a requirement to scan drivers licenses before riding.

"Legally you have to be 18 to ride with Lime," Skrovina said.

Other concerns have been scooters on sidewalks and being in areas they're not supposed to be in. After debate and discussion, it's now up to city officials to review the trial period and make a decision on the future of scooters in Omaha.