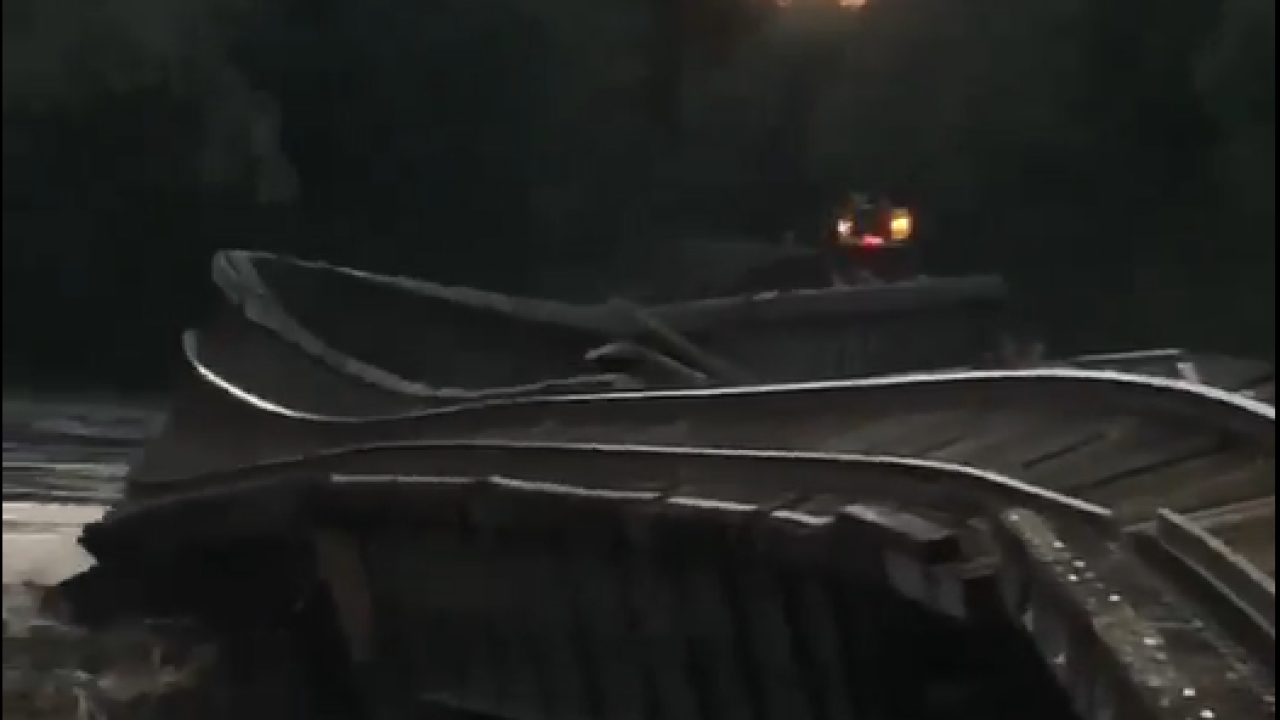 See a video of the bridge collapse from Mitch Adams below.

RT&S says debris and high waters had been causing issues on the Grand River Bridge in Brunswick for days.

Due to a logjam under the bridge, Norfolk Southern decided to sever the rails on the span so it could control the collapse.

Norfolk Southern suspended service between Moberly and Kansas City, MO due to the collapse.

Detour routes are being pursued; however, all trains operating to and from Kansas City will experience delays.

Flooding is making it difficult for crews in the area to repair the damage. The flood stage in Brunswick is at 19 ft, RT&S says. On Oct. 1, the Grand River was at 25.35 ft.

Although the Grand River has dropped over the last 24 hours, it's expected to rise again by the weekend.

There is no word when the bridge will be back in service.

This could impact farming during harvest time in the area as the railroad carries grain out of Chariton County in MO.