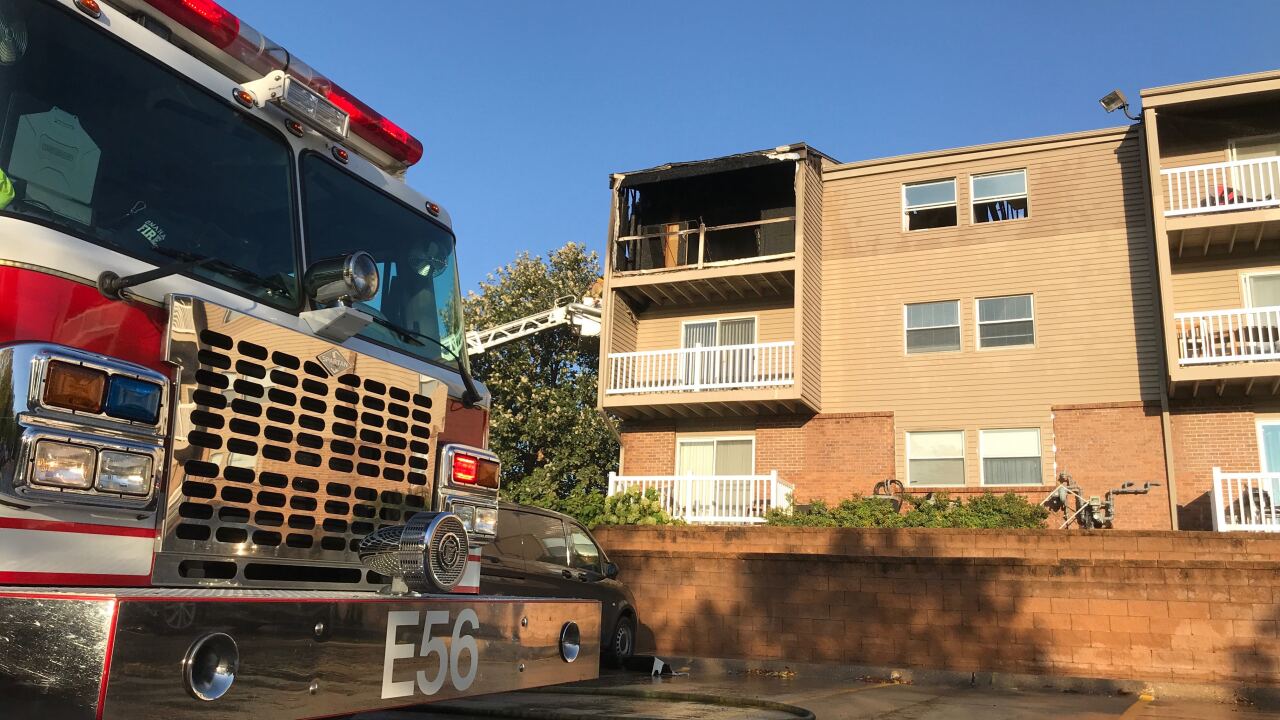 A working fire was declared at 5:26 p.m. and a second alarm was requested a short time after.

Fire crews coordinated exterior and interior attacks and contained the fire to the attic space and apartment of origin.

Crews helped occupants evacuate the building while some had left before the fire department arrived.

The Salvation Army and Red Cross were on scene along with utilities. The fire was under control at 5:56 p.m.

No significant injuries were reported, according to OFD.

Lund, the company that manages the property, says a burning cigarette on a third floor balcony is to blame and seven apartments were destroyed.