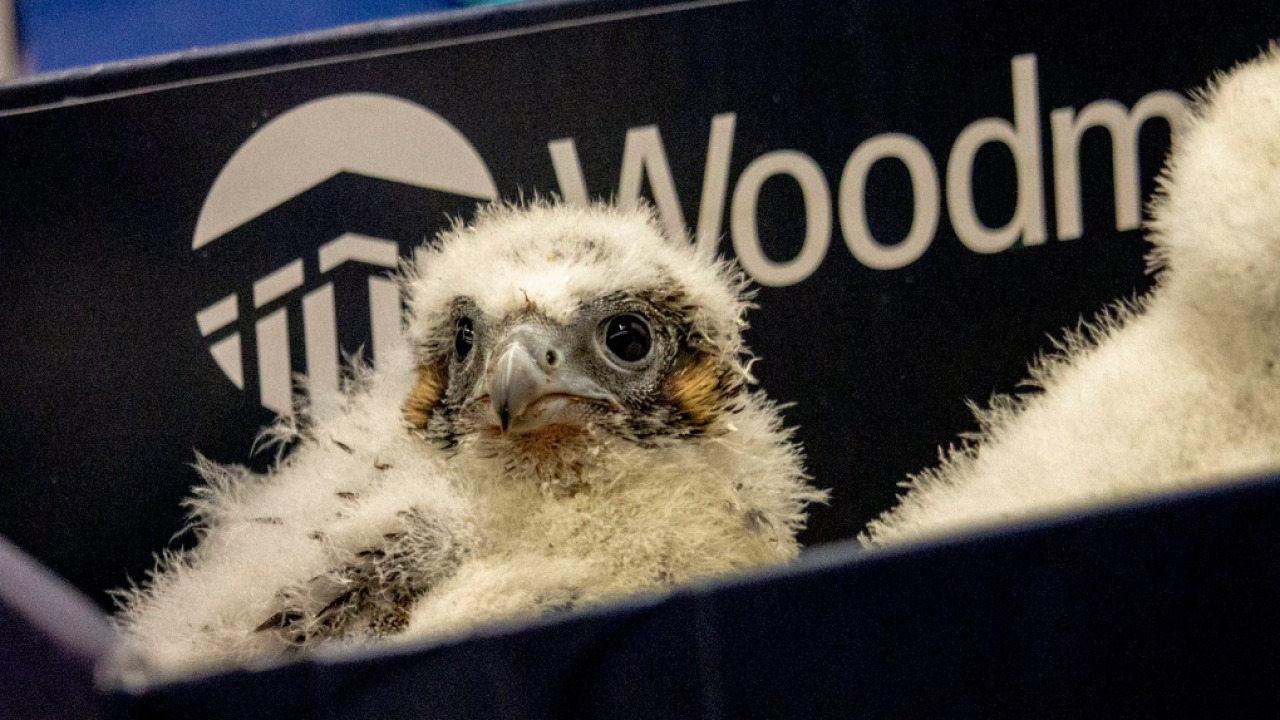 After the peregrine falcon population crashed in the 1950's, the wild birds have become one of the most heavily studied species. Banding allows scientists to know where the birds travel to.

As cliff dwellers, peregrine falcons flourished in urban settings. Some birds migrated to skyscrapers in cities, where an abundance of pigeons and starlings acted as food for the falcons, according to the FalconWatch website.

After biologists recognized their adaptations to city buildings, they began releasing them on urban rooftops.

Starting in 1988, the Nebraska Peregrine Falcon Project released a pair of the falcons atop the WoodmenLife Tower--the tallest building in downtown Omaha at the time. This turned into a decades-long project.

Read more about the history of peregrine falcons and the WoodmenLife Tower here.