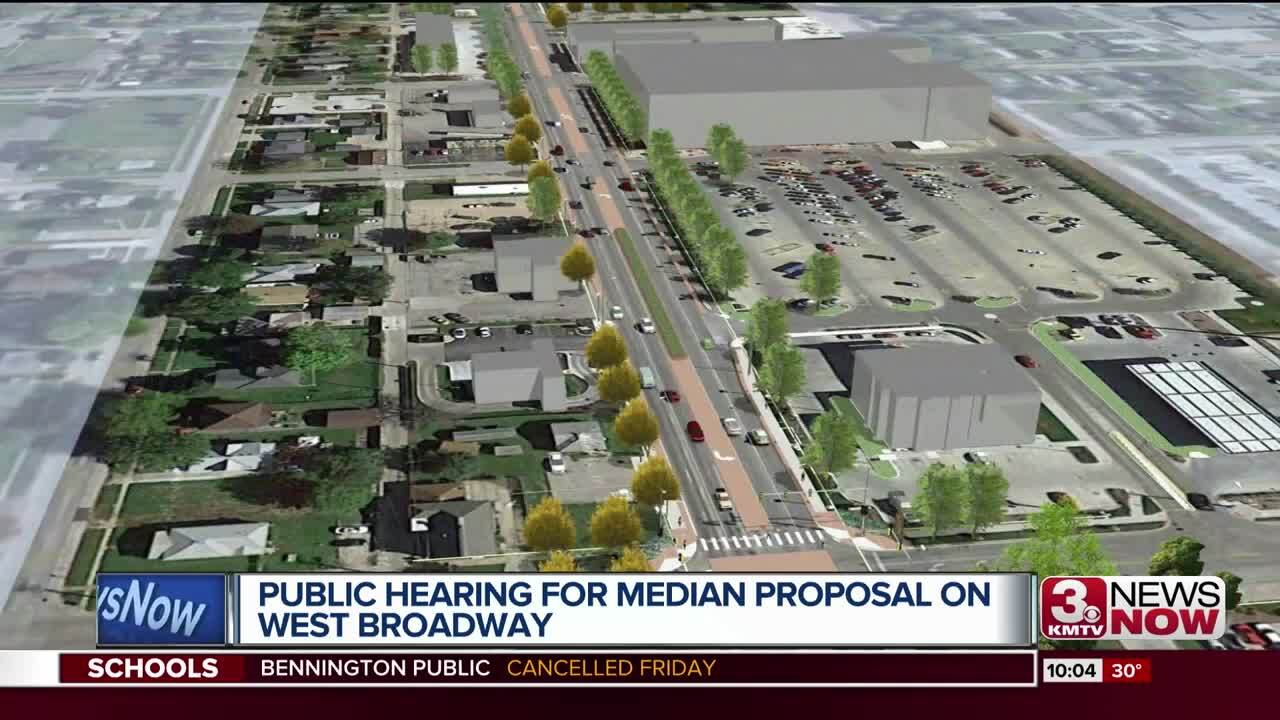 COUNCIL BLUFFS, Iowa — The West Broadway street project in Council Bluffs is on track to begin the next phase of construction this spring.

A public meeting Thursday evening gave community members a better understanding of the project's next step.
Plans originally called for adding medians in the early phases.

Several business owners and some city council members spoke out against them.

"Medians were only on the initial designs planned to cover 20 percent of Broadway. Some of those were removed in phase 1 and 2 so, it's probably somewhere in the neighborhood of 12 percent of Broadway would have a median," Walsh said.

Work on phase 3 which covers 24th street to 28th street will begin in the spring.